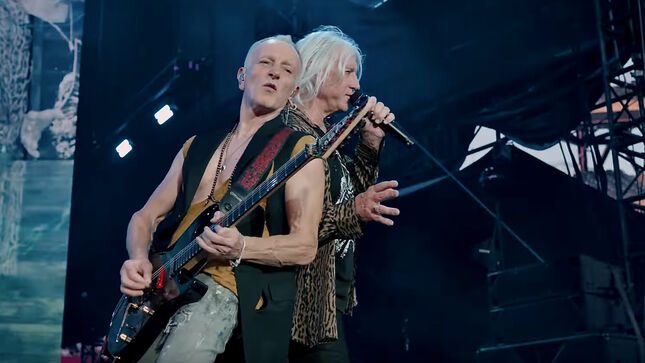 According to WKFR 103.3, managers of the Biggby Coffee location in Oshtemo, MI wrote to Def Leppard, asking the band to perform "Pour Some Sugar On Me" to help promote their new Brown Sugar Latte.... and the band responded.

An official letter from the Talent Group that represents Def Leppard arrived last week, addressed to the managers at Biggby Coffee in Oshtemo. It reads:

"Thank you for your inquiry. However we regret to inform you that Def Leppard will not be able to perform "Pour Some Sugar On Me" at your coffee shop to promote your Brown Sugar Latte.

The band is currently on their Stadium Tour. While your offer of 'unlimited Bragels and lattes' is generous, appearance fees start at $500,000.

If this meets your budget, we may be able to arrange an appearance in the future. We do ask for 12 months notice.

We hope you'll make (it) to one of their concerts this summer.

All the best with your promotion."

This summer, Def Leppard are co-headlining the massive 36-city The Stadium Tour with Mötley Crüe, joined by special guests Poison and Joan Jett.

Produced by Live Nation, The Stadium Tour is set to steamroll through North America for the remainder of the summer. Remaining dates are listed below.