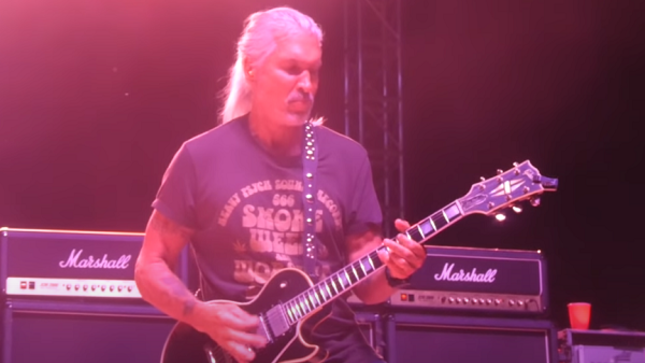 Dokken has announced seven shows for California this December. Former guitarist George Lynch, who joined the band for the Live United Live Music Festival in Sunbury, PA back in June, will make an appearance at the Whisky A Go Go shows in West Hollywood on December 17th and 18th. 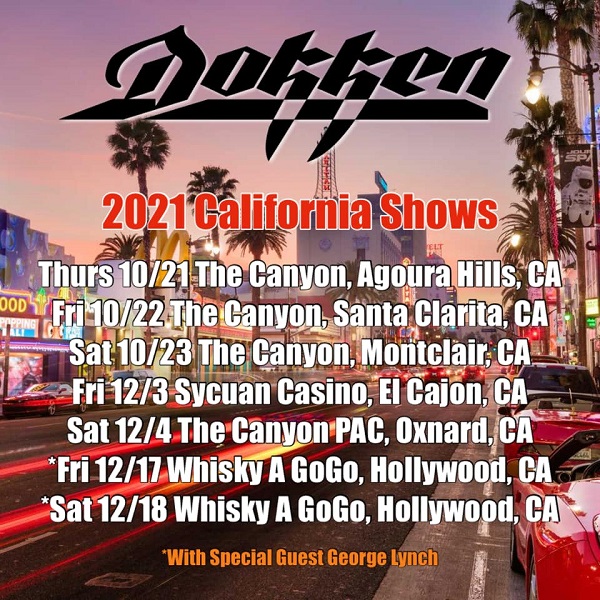 Bassist Jeff Pilson, who did three stints in Dokken, from 1983 - 1989, 1994 - 2001, and again in 2016, was recently interviewed by Australian journalist Steve Mascord on the White Line Fever podcast. An excerpt from their chat, which can be viewed in its entirety below, has been transcribed as follows:

"I would love to do one more Dokken record," states Pilson. "Right now Don (Dokken, vocalist) is involved in his own version of the band and doing a record so we can't really deal with a reunion record at this point. Maybe never. Who knows? But once he's done with that and we address this again, I'd love to do another record. I'd love our legacy to… I just feel like we still have something to say musically. We got together for the reunion a few years ago and we did one new song ('It's Just Another Day') and our chemistry was as intact as ever. It really felt unchanged. So my sense is it's there and if we tapped into it, we could come up with a great record."

Pilson went on to say, "We're talking about possibly doing a box set at some point and throwing in a lot of interesting bonus stuff. We do have plans for the Dokken legacy. I hope it's concluded with a record but again, it's so hard to say right now and it's hard to predict what's going to happen. But know that we are thinking about it and moving in that direction."