EMPEROR - Wrath Of The Tyrant Vinyl Reissue Due In August 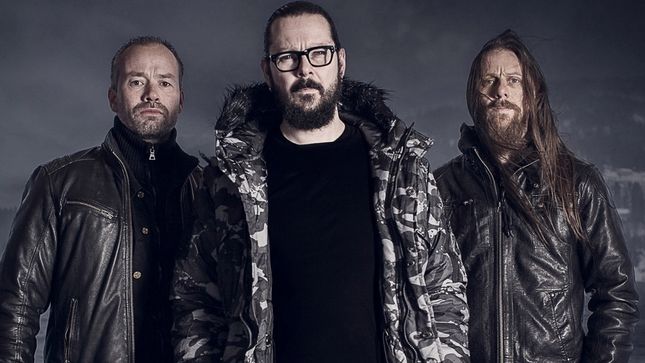 Eventually, there comes a time when the hype about a band becomes superfluous and their status alone speaks volumes. Such is the case with Emperor, the black metal gods.

Emperor are one of the originators of symphonic black metal that Norway is internationally renowned for and their 1992-released Wrath Of The Tyrant is considered a classic. It has been out of press for over two decades... until now. The reissued vinyl arrives on August 7. Pre-order here.

The album has been remastered by Turan Audio with full guidance from the band, with all vinyl artwork being carefully restored to how it originally came out by Dan Capp Design and Illustration to create beautiful vinyl reissues in multiple configurations. There's Wrath Of The Tyrant black vinyl, limited edition transparent red vinyl, and limited edition clear vinyl with black and red splatter.