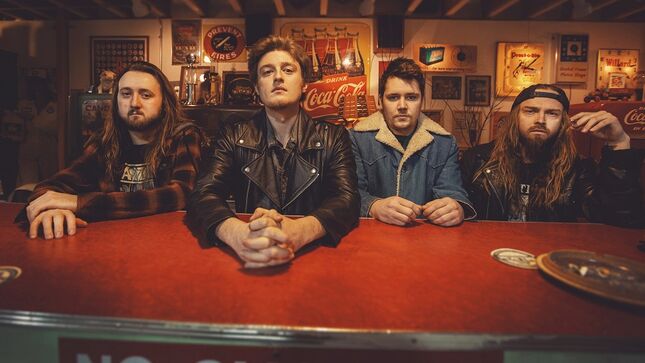 Edmonton, Canada’s thrash metal maniacs Tymo have a new album The Art Of A Maniac slated for release early next year. They have already released the first single off this record, the angry, fast punch-in-the-face “Sanity Clause”, which was the introduction to a release that is considerably more thrash-oriented than the previous Purge & Reset that came out in 2017.

Following up the initial single comes “Mars Attacks”, which according to the band is possibly their new anthem. It is about the film and comics of the same name; Martians annihilating the human race and taking over the Earth. Tymo explains further:

“It was the song that really got the album going! We had already written ‘Sanity Clause’ and ‘The Roy Parson Project’, but they weren’t finished in time for the release of our previous album Purge & Reset. It is our current favorite and it’s already becoming a fan favorite live! We have always been a big fan of the films and comics, it was more than appropriate to write a song about the Martians slaughtering all of the humans! If you love old-school Exodus, you will love Mars Attacks!”

The Art Of A Maniac is due out on February 5, 2022 and is recommended for fans of Megadeth, Slayer, Lich King, Municipal Waste, and Exodus. Preorder on Bandcamp.