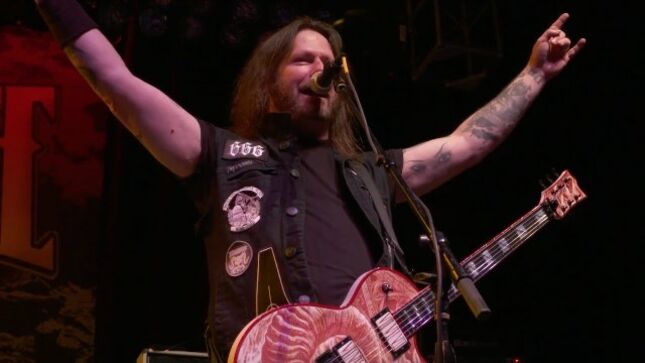 Exodus guitarist Gary Holt is featured in the clip below answering questions from fans submitted to the band via email. He names his favourite Exodus album, reveals the hardest Exodus riff to play, offers advice on starting a band, Exodus songs that have never been played live, and more.

With breakneck speed, dizzying guitar solos, and uncompromising vocals, the medieval wartime theme of the visual accompaniment is a gruesomely appropriate fit for the brutal single. Thrash buffs should also note that "Never Relent" is the first collaboration with both Rob Dukes and Gary Holt since Dukes' departure from Exodus. Speaking on the release, Dukes shares:

"I’m really proud of 'Never Relent'. I was inspired to write the lyrics after reading about certain tyrannical leaders in history like Vlad the Impaler and Genghis Khan. It turned out to be one of the most brutal tracks on the album, which is why it made sense to have Gary play on it with us."

On April 13th, Exodus drummer Tom Hunting revealed that he has been diagnosed with squamous cell carcinoma. A benefit show to assist with Hunting's medical expenses has been announced and will take place at at One The Y in on July 17th in Sacramento, CA. The bill will include Blind Illusion, Boneless Ones featuring guitarist Craig Locicero (Forbidden) and drummer Chris Kontos (Machine Head), and Jesus Crisis. Capacity is limited to 100 people. 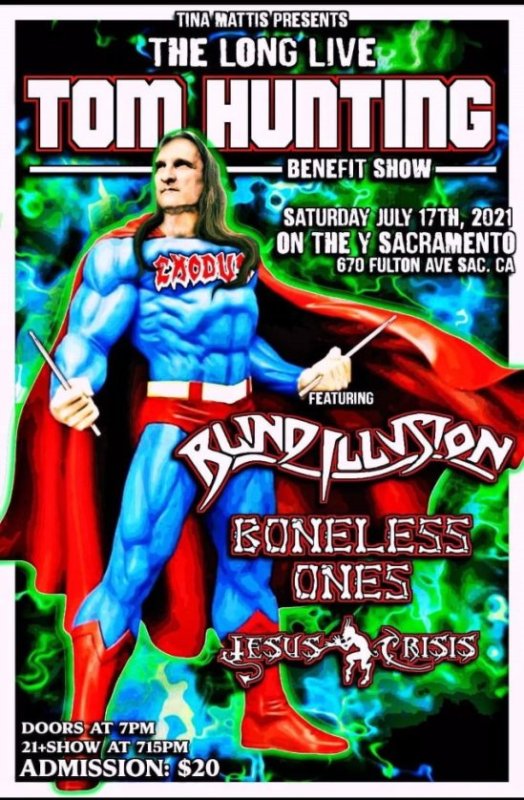