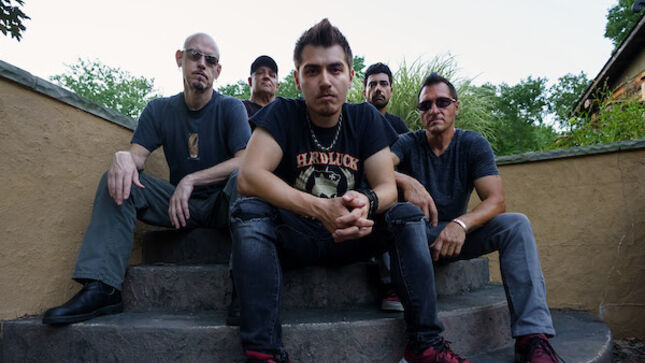 “I’m Gone” brings out Fuel’s heavier side, with chugging guitars and multiple impressive solos paired with steady and driving drums. Lead singer John Corsale’s vocals are sung with a bit of an edge, providing the perfect pairing for the hard rock instrumentals. Clocking in at just under 3 minutes, “I’m Gone” is relentlessly ‘in your face’ from the start to the end, showcasing the band’s musicianship and founding member Carl Bell’s dynamic songwriting.

Songwriter/guitarist Carl Bell states, “As a songwriter, the brain becomes hypersensitive to any input and songs can come from anywhere at any time. For ‘I’m Gone’, I was working on another song entirely and I was just checking to make sure the guitar was getting sound through the channel. I absentmindedly just played a riff, and instantly I stopped and thought, ‘What was that? That was kind of interesting.’ I had just played the opening guitar riff to ‘I’m Gone’. I stopped everything I was doing and just started developing the song. Got it to a good place, then recorded it into my phone, and came back later and worked it all out. I thought it was really cool how those guitars just jump right out at you."

Carl Bell returns as the principal songwriter, music producer and also mixer on this new record, re-taking the reins as he has in the past with the anthology of previous Fuel hits. The venerable songsmith wrote and recorded the record in his Las Vegas studio with vocals recorded by John Corsale at Soundmine Recording Studio and King Studios in Pennsylvania.

Fuel recently debuted their new lineup with a few live performances and tour dates will be announced soon.