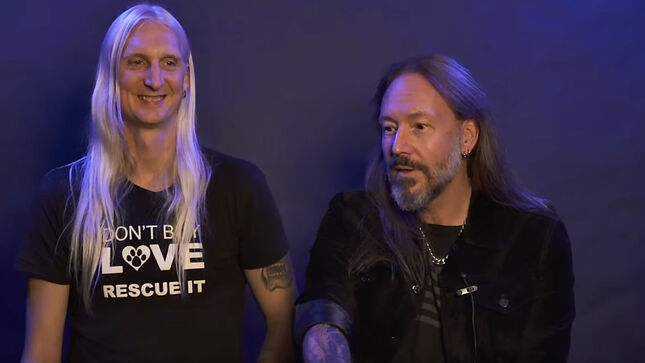 The result is Renegade 2.0 which will be released via Nuclear Blast Records on November 12 in many beautiful formats and with a brand new album artwork made by famous cover artist Andreas Marshall, which makes every HammerFall fan heart beats faster.

In this new video, Oscar and Joacim talks about the origins of the song "Renegade":

Fast-paced and in your face, yet epic and melodic. The title track of the band’s legendary break-through album, Renegade, meant the beginning of a new era for HammerFall,  as well as for the metal world as a whole, and is to this day a true classic of the genre.

Recently unleashed is the remixed version of this undeniable heavy metal anthem, along with the original cut from Wacken Open Air 2001, which brings back wistful memories.

Listen to the newly remixed version here, and below. Watch the original Wacken 2001 cut below.