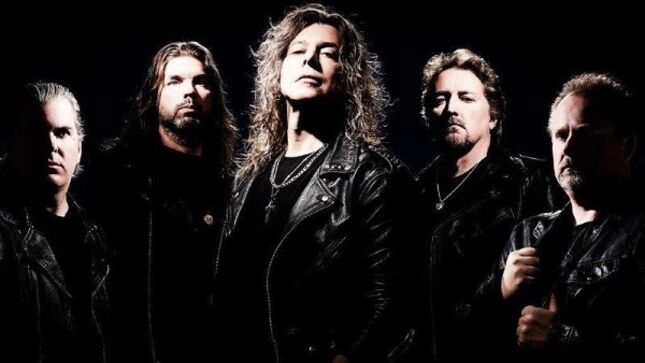 Jag Panzer has revealed they have completed drum and bass recordings for their new concept album, The Hallowed.

The band says in an update: “Drums and bass are complete for the new Jag Panzer album The Hallowed.  They were recorded at Sonic Phish, the studio owned and ran by drummer extraordinaire Ken Mary. Next up are guitars and vocals, then off to Morrisound to mix with Jim Morris. Mastering engineer Maor Appelbaum will then wrap everything up. We like to do things different for each album so that each record will have its own unique character. This is the first time we’ve tracked drums and bass together and it went extremely well. There is great chemistry between bassist John Tetley and drummer Rikard Stjernquist. That engineer was definitely captured in these sessions!”

The Hallowed will be the band’s second concept album. Mixing and mastering are scheduled to be completed in August. The album will be recorded at various studios and mixed by Jim Morris at Morrisound Studios. The cover artwork has been completed by Dusan Markovic.

Jag Panzer's latest album, The Deviant Chord, was released in 2017. Stay tuned for further updates on the new record.