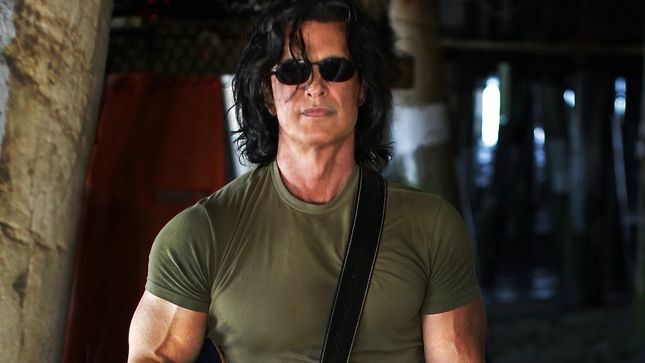 On working with Alice Cooper

Kane: "If you look at photis of him right before he went into rehab, there's no way someone like that could survive. He came out of it a healthier guy and he wanted to do this comeback. I told him, 'Alice, if we come out and we sound like the band from Welcome To My Nightmare, from that era, people are going to say you survived rehab.' What I said is 'You have to come back as the Nuclear Alice. You just have to come in and tear through everybody.' We added a sort of heavy metal element to all of his classic songs and all the new songs we were writing."

Roberts played on Alice Cooper's Constrictor (1986) and Raise Your Fist And Yell (1987) and their respective tours. He is responsible for Alice's metal years in the late 1980s, as he co-wrote nearly every track from those albums. Kane was with Alice from from 1985 to 1988

Kane's solo song “Beginning Of The End” appears on his 22019 album, The New Normal, a powerful track that required equally powerful voices and personalities to bring it to life.

“When Alice Cooper and Alissa White-Gluz both agreed to be in our ‘Beginning Of The End’ video, I was blown away,” Kane says. “Once the shock wore off, I realized I’d created the perfect storm. There was so much electricity in the air that it was obvious there was no safe place on the set, and the job was to capture it all in camera! As expected, their performances were truly iconic and I believe we created something both original and powerful.”

Kane's musical co-stars were equally enthusiastic about the collaboration on “Beginning Of The End.”

“I go out of my way to work with Kane any time I can,” Alice Cooper says. “He’s truly a great guitarist with the brain of THANOS!”

Adds Alissa Gluz-White, “Working with Kane for ‘The Beginning Of The End’ was interesting and challenging. To establish oneself in a song alongside Alice Cooper is no easy task! I feel we created a narrative in the song that just begged for a storybook type of video, so we got together and did that too!”