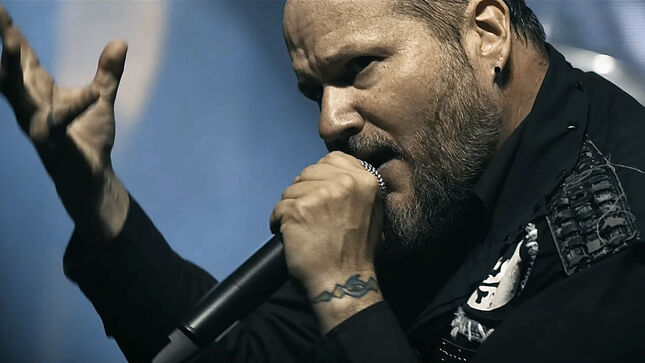 Owens offered a rundown of the new album and issued a tour update during a chat with The Metal Voice. He also gives an update on The Three Tremors project. Watch below:

KK's Priest are offering a limited collector’s piece, a scroll that chronicles the lyrical content of Sermons Of The Sinner. The scroll features lyrics of all 10 tracks on the forthcoming album; spanning 14X50”on parchment paper rolled on metal pole ends. Also included is a certificate of authenticity signed by K.K. Downing. It can be found here.