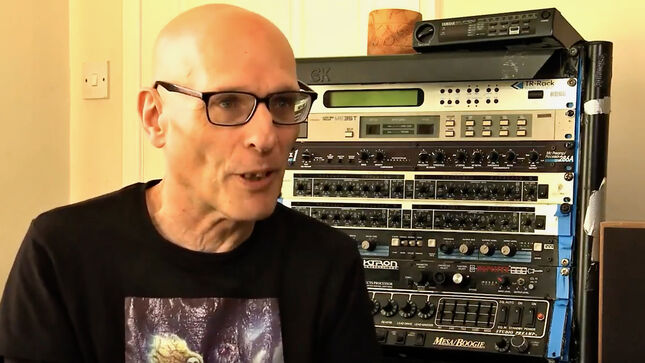 According to Louder, celebrated rock author and journalist Malcolm Dome has died, aged 66.

Dome had an illustrious and celebrated career which stretched back to working for Record Mirror magazine in the late 70s and Metal Fury in the early 80s before joining Kerrang! at its launch in 1981. Among other things, Dome is credited with inventing the term "thrash metal" while writing about the Anthrax song "Metal Thrashing Mad" in 1984. He would later become a founding member of RAW rock magazine in 1988.

In the early 90s, Malcolm Dome was the Editor of Metal Forces magazine, and also involved in the horror film magazine Terror, before returning to Kerrang! for a spell. With the launch of Classic Rock magazine in 1998 he became involved with that title, sister magazine Metal Hammer, and has also been a contributor to Prog magazine since its inception in 2009.

He was actively involved in Total Rock Radio, which launched as Rock Radio Network in 1997, changing its name to Total Rock in 2000. In 2014 he joined the TeamRock online team as Archive Editor, uploading stories from all of our print titles and helping lay the foundation for what became Louder.

Dome was the author of many books on a host of bands from AC/DC to Led Zeppelin and Metallica, some of which he co-wrote with Prog Editor Jerry Ewing.

"It is with the greatest sadness that I have to announce the death of my dear friend and colleague Malcolm Dome. As a journalist he was known from the earliest days for his articulate, incisive yet fair critiques of music and earned the respect and friendship of musicians the world over and yet he was one of the most modest, self effacing people who always shied away from the limelight.

"Malcolm was a key part of Total Rock, joining us before we were even called TotalRock. He was part of our DNA and his absence among us will leave a void that no other can fill."

More tributes to Malcom Dome below...