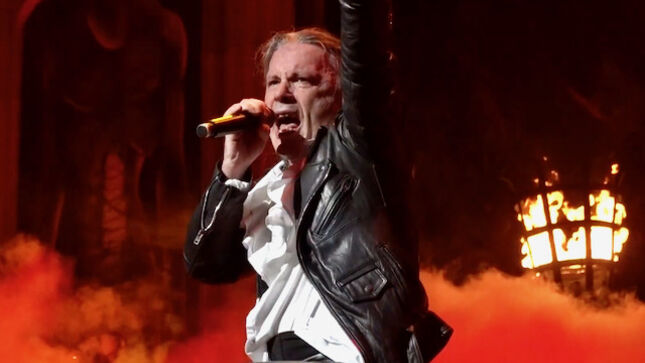 “The Rock and Roll Hall of Fame has diluted itself into the popularity hall of fame. They continue to disrespect the entire genre of hard rock and heavy metal music, as well as all of it's fans throughout the world. As the Metal Hall of Fame, we have proved yet again, we are the only institution for hard rock, heavy metal and all of it's fans. This is evident by our inductions with Iconic metal bands, artists, and executives of all time, such as Judas Priest, Randy Rhoads, Anthrax, Geoff Tate, Ronnie James Dio, Megaeforce Records founders Jon and Marcia Zazula,(Inducted by Metallica), as well as many others over the years.

“At the Metal Hall of Fame, we are all about the fans and preserving Hard Rock and Heavy Metal music. Vote's are generated by the fans, as well as our nominating committee. Our Board of Directors is comprised of Legendary hard rock and Heavy Metal Artists and music industry Executives. We have also supported many of those bands with less radio success, who have worked to carry the metal /hard rock flag non-stop for decades, in order to help preserve this style of music that is loved by millions fans throughout the world.”

Paul Di'Anno wrote and sang on Maiden's first two legendary albums. They are still considered by many Iron Maiden fans to be their favorites.

Blaze Bayley was hired following the departure of vocalist Bruce Dickinson in the 1990s. Bayley wrote and sang for Iron Maiden for five years and recorded two albums with the band. Blaze-era songs are still concert staples in the band’s set list today.

Derek Riggs is the genius behind the visual side of Iron Maiden. He created the iconic “Eddie” character, one of the most beloved mascots in history. Many can argue that a huge part of the band's continuous global success is attributed to the sinister, gruesome, shape-shifting Eddie.

“We are excited to induct these three artists who have helped shape the legacy of Iron Maiden,” says Pat Gesualdo, Metal Hall Of Fame President/CEO.

Additional major updates and surprise inductions will be announced shortly. Due to the current health advisory, the 2021 Metal Hall Of Fame induction ceremony will be held online at a date to be announced.