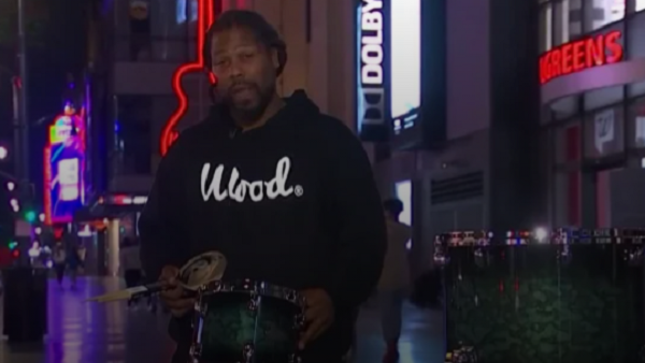 NBC Los Angeles is reporting that when LA street performer Sheriff Drumman's drum kit was stolen, Metallica stepped in to help -- because Sheriff Drumman without the drums is the thing that should not be.

Last December, both Drumman's truck and drums were stolen from in front of his apartment in Hawthorne. Metallica heard what happened and stepped in to help. In an emotional surprise Tuesday night, Drumman was gifted his new drum kit in Hollywood by a representative for the band.

Drumman responded to the gift: "Thank you guys so much. Thank you for taking the time and the resources to support and help what I do. I love you for that."

Watch the video on the NBC Los Angeles page.

Metallica responded Thursday with a tweet, saying one of the world's biggest bands was happy to help out a fellow artist.

We're honored to be able to help out a fellow artist. Keep the music going, Sheriff Drumman!https://t.co/EwlAhNnFKd