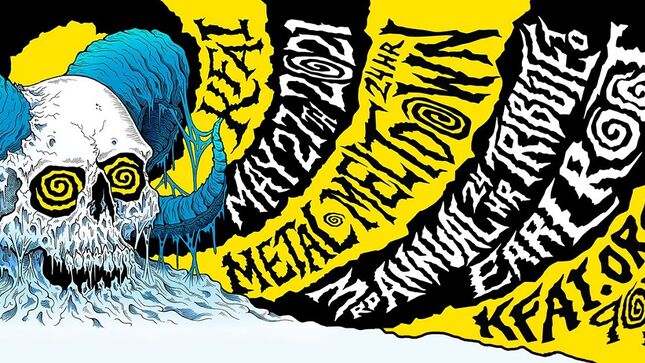 After two hugely successful 24-hour metal takeovers, the community-run radio station KFAI (90.3 FM in Minneapolis, MN) is handing over the keys once more to the local metal scene once more for the 3rd-Annual 24 Hour Metal Tribute to Earl Root on Thursday, May 27, 2021.

For the Minnesota metal community, the now-yearly takeovers have become a sort of family reunion, with all the station’s metalhead hosts coming together, local bands playing live in the studio, and old-school metalheads and new heavy music aficionados alike dropping by (or calling in, as per covid safety regulations) to share memories, swap stories, and show their love for Earl Root, the late founder of KFAI’s long-running metal show The Root of All Evil who passed away of cancer in 2008.

On May 27, the crews behind the Root of All Evil (KFAI’s flagship heavy metal show airing weekly since 1987), Shadow Planet (run entirely by--and focusing on--women and people of marginalized genders), Glorth Radio (covering Doom, Sludge, Psychedelic Rock, and other heavy genres), and Roar of the Underground (highlighting local and up-and-coming acts) will be taking over the station and playing 24 hours straight of metal music in honor of Earl Root. Throughout the day, the broadcast will cover the depth and breadth of heavy music’s immense history along with guest appearances, interviews, and live performances from the diverse Twin Cities metal community. “KFAI’s metal crew takes names and wins hearts; it’s a team that cares about community just as much as it does about heavy metal,” says KFAI Station Manager Daniel Banks. “The annual Metal Meltdown embodies this idea, both celebrating a Twin Cities metal legend and supporting a truly life-changing charity in his honor.” 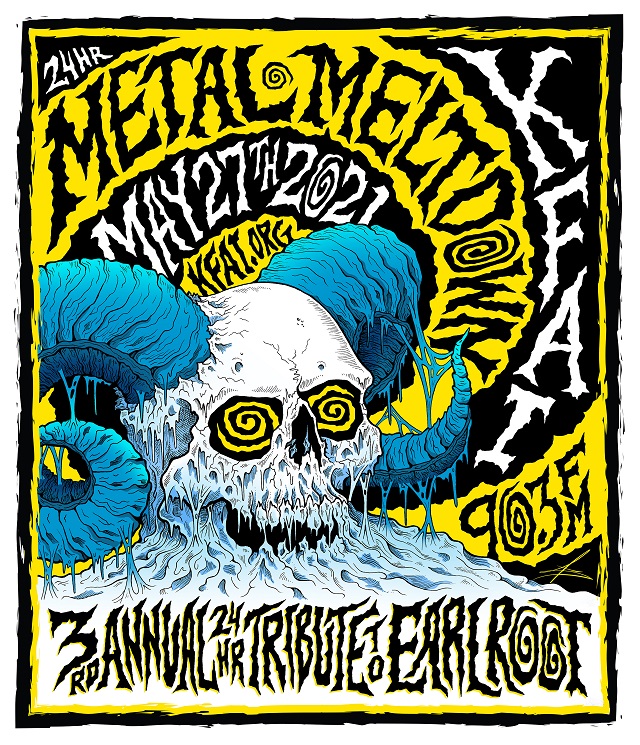 In past years, this event has funded a new production studio for the station (named “Studio 666” and dedicated to Root, naturally) as well as raising money to keep the Twin Cities’ smallest public radio station alive during the COVID-19 pandemic. For their third annual station takeover, funds raised will go not only to KFAI--the volunteer-run station that’s been giving Root and the area’s metalheads, punks, rockers, and other very passionate folk a home on the airwaves for the past 33 years--but also a portion will be donated to the Leukemia & Lymphoma Society (LLS), an organization dedicating their efforts to “cure leukemia, lymphoma, Hodgkin's disease and myeloma, and improve the quality of life of patients and their families.” To honor Earl Root’s life and legacy, local businesses MTL Companies and Curbside Waste have committed to making a direct donation to LLS, matching funds raised by the station up to $666.

Earl Root, who passed away on May 23rd, 2008 after a battle with non-Hodgkin’s regenerative lymphoma, is considered a local legend in the community. According to a statement by the current Root of All Evil hosts, “He was so many things: radio host, metal guitarist, record geek, and so much more. You don’t earn a star on the side of [iconic Minneapolis music venue] First Avenue easily, and without Earl Root, the scene that exists today would look vastly different--he was a huge influence to many local bands growing up and gave them a home and a sense of belonging that has continued and prospered to this day. KFAI was like home to Earl, and he dedicated his life to helping the station that offered not just airtime but acceptance to him and his metal family. That’s why this year, we wanted to not only give back to the station, but also the Leukemia & Lymphoma Society, who have helped the Root family and work tirelessly to ensure that the world doesn’t have to lose the next Earl Root.”

The 3rd-Annual 24 Hour Metal Tribute to Earl Root will be broadcasting from midnight to midnight (CST) on Thursday, May 27 on KFAI. Listeners can also catch metal on KFAI by tuning in to the Root of All Evil (Sundays from 1am-6am), Shadow Planet (Saturdays from 2am-4am), Glorth Radio (Wednesdays from 2pm-4pm) and Roar of the Underground (Thursdays from 10pm-midnight) on 90.3 FM or streaming online at KFAI.org.