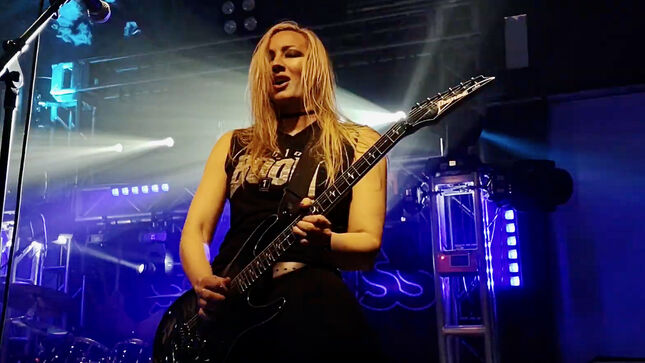 Guitarist Nita Strauss, a member of Alice Cooper's band, recently released the single "Dead Inside" featuring Disturbed vocalist David Draiman. She checked in via social media with the news that she has become the first female solo artist to have a #1 single at US rock radio.

Strauss: "It's official. I didn’t know this fact until a few weeks ago - no female solo artist has had a #1 single at rock radio, ever. Until today.

We held strong on the charts all week and 'Dead Inside' is officially the #1 rock song in the country.

We made it to the top… now time to stay here." 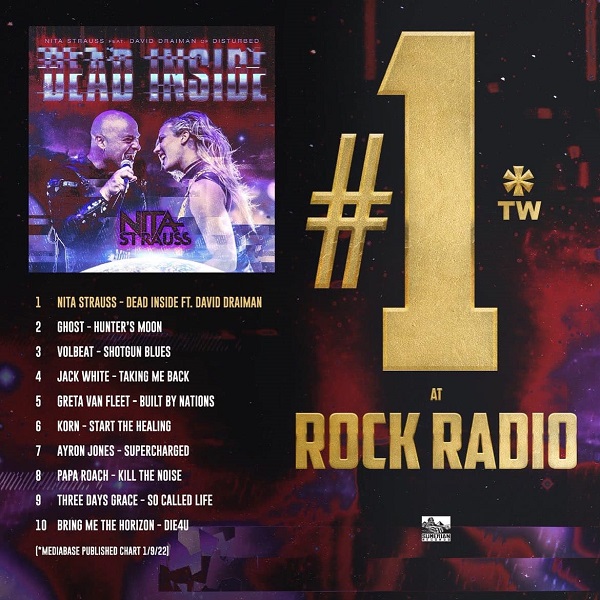 Back in October 2021, Strauss spoke about her history with Draiman making the song:

"This is my first time releasing my own music with a vocalist, and I am so honored to take this step alongside a legend like David Draiman. David’s voice and powerful lyrics took this song to a level I could never have imagined! And we are so excited to unleash this song on the world."

Draiman adds: "Serendipity can be really cool. We’ve been friends for years. Nita sent me the track... I didn’t have time to work on it right away... then in literally a couple of days, while killing time in Santa Monica, the whole thing just came together. Incredibly proud of how it turned out and honored to be a part of it."

Check out the music video below, and buy / stream the song here.