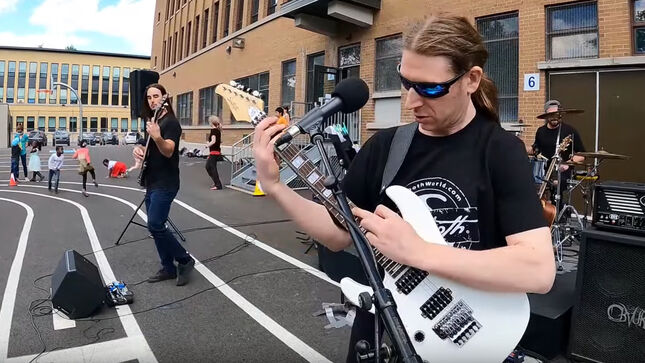 Quebec-based death metal three-piece, Obvurt, played a show at Saint-Albert-Le-Grand Elementary School, where the frontman Philippe Drouin teaches music. The guitar player had to relearn the guitar left-handed with legendary tutor Michael Angelo Batio after a car accident left him unable to use his right hand for picking.

"After being a victim of a car accident in late December 2016, I lost my picking as a right-handed guitar player for more than 15 years. After talking with Pat Martino in 2017, I bought my first left-handed guitar, and it begins there," he said. "Since I made that choice, I tried to recover and practice a lot, trying to get my picking back on my right hand in 2018. I was playing both sides every day for a while. One day, I felt I was able to become left-handed, so I decided to leave everything behind and start over."

Watch the 24-minute performance below: