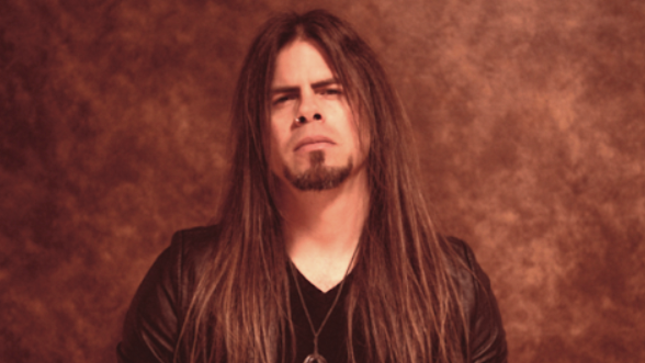 Courtesy of Music Mayhem, rare video of Queensrÿche vocalist Todd La Torre behind the drum kit at age 19 can be viewed below. The footage was shot at ML Chasers in Clearwater, FL on June 17th, 1993 by Jill Horstmann.

"I asked the amazing Todd La Torre to come by the studio and join me on the track and he kindly agreed. When he showed up, he started doing a few vocal warm-ups when I rudely interrupted him and said I wanted to mix things up. I pointed at the drum set and asked him if he had ever played. He said no... so I directed him to a few YouTube instructional videos and about 30 minutes later he was really a heck of a fine drummer. I think you will be amazed at what he accomplished in a little over an hour including the tracking and obviously learning how to play drums."