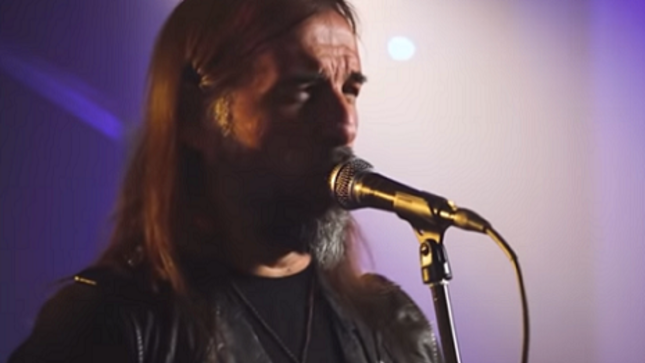 "King Of A Stellar War" initially appeared on Rotting Christ's third studio album, Triarchy Of The Lost Lovers, released in 1996 via Century Media. This live version was recorded on July 6th 2020 at Artworks Studios for the Mexico Metal Fest live stream. It was mixed and mastered by Callmelazy (aka Costas Gavakos) at Soundflakes Studio.

Audio of the original version of "King Of A Stellar War" can be heard below.