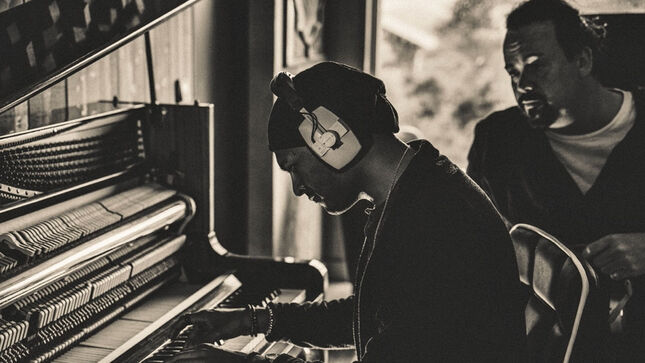 Everygrey frontman Tom S. Englund has checked in with an update on the second Silent Skies album, which has just been completed.

Englund: "I just listened through the final mix of our second album with Silent Skies. I must say I'm so very proud of pursuing something was just a hunch, five years or so ago, when I contacted Vikram (Shankar / keyboards) and suggested this collaboration. Now I stand here with two albums that I am not only ridiculously proud of, but also extremely eager for all of you to hear. Vikram, I think, did something REALLY special here, buddy! Also Jacob Hansen did some fine mixing here on music that is quite far from his normal gig."

The differing musical backgrounds and previous experiences of the musicians have formed a creative space of development for Silent Skies, taking the listener on a touching, melancholic journey and convincing with captivating talent. They are currently working on a successor to their stunning 2020 debut full-length. More details to be announced soon.

Silent Skies on the signing with Napalm Records: “Silent Skies are thrilled to be joining the Napalm Records family for our upcoming second studio record! We have a lot of admiration for the team behind this label, as well as the diversity and strength of their roster. We can't wait to work with Napalm to bring more music and content to the fans, develop a wider promotional reach together, and look forward to a fruitful partnership with one of the most cutting-edge labels on the forefront of modern music!”

Dive into Silent Skies’ atmosphere and watch “Solution” below: