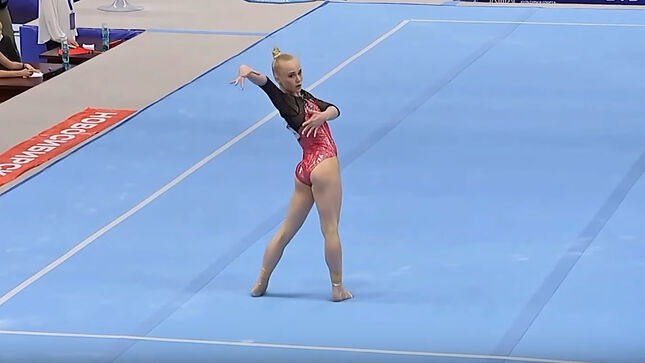 Angelina Melnikova came to the Tokyo Olympics as the team leader, when women's gymnastics – one of the most popular Olympic sports for fans – kicked off. It has been official for a long time that Angelina Melnikova's floor music in 2021 included "Military Lapdance" by Stahlmann and was already used at other competitions in 2021.

Watch the full routine below:

Listen to the original song:

21 year-old Angelina Melnikova has stepped up as the Russian team’s senior gymnast, anchoring her team alongside two young, talented gymnasts. Despite her young age, Melnikova was part of the Russian team that won the silver medal at the 2016 Rio Olympics. Besides this, she also won gold and silver team medals at the European and World Championships. Melnikova has steadily improved with age, returning to her second Olympics with increased toughness.