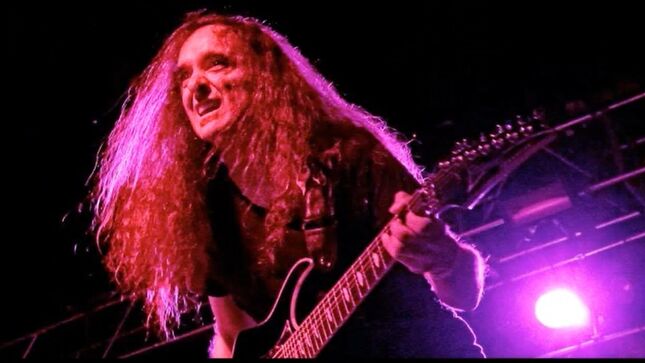 New Jersey 7-string guitarist Steve Bello has released the first single/video from his upcoming 8th studio album Mood Swings (due out fall 2021). The track is called "Never Be The Sane".

On this album, Steve played all the guitars and bass. Drums were performed by Michael Sabatini, from the New Jersey metal band Attacker. The music was recorded from May 21-June 18 at Michael's studio, Bandmother Recording, in Jersey City, NJ. Mood Swings was produced by Steve Bello, Michael Sabatini, and Jon Hanemann. Engineered and mixed by Sabatini. Mastered by Joe Lambert at Joe Lambert Mastering, Jersey City, NJ.

Steve says "Even though the music is all-instrumental, the guitar is the voice and each song is different yet there's a unity in that it's definitely a heavy record. I am pleased with how everything turned out. I wrote the material, but Michael Sabatini and Jon Hanemann brought everything to life."

“Never Be The Sane”: