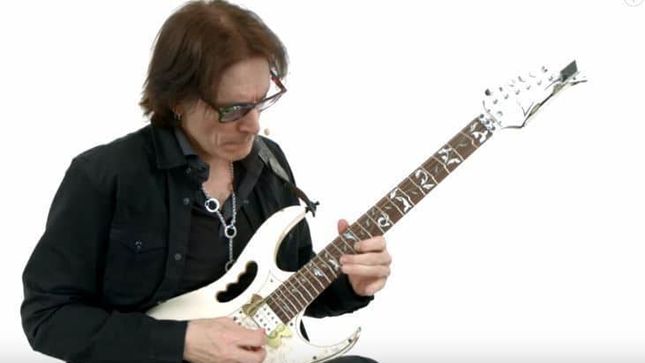 On September 18th, guitar legend Steve Vai has checked in with the following look back on his career:

"Twenty-four years ago today, I released my album, Fire Garden. I remember the day I returned from the Sex And Religion tour. I had decided to return my focus to the kind of music that resonated most in my heart as my intimate solo music. I went for a run up Bronson Canyon which always helps to clarify a vision. It all came to me on that run. I decided to go back to the studio and record the stripped down Alien Love Secrets, and then work on Fire Garden. I knew Fire Garden was going to take some time and I wanted to get something out quickly that satiated the guitar fans. But the entire mental outlay of Fire Garden was looming prophetically in my mind. It was all there and desperately wanting to come out. It’s hard to believe that was 25 years ago."

The release features full backing tracks from the complete Shapeshifting, Black Swans And Wormhole Wizards and"Is There Love in Space? albums, a special digital compilation booklet with original liner notes and credits and it is all packaged within a replica Joe Satriani Ibanez signature guitar USB stick and custom case. Pre-order here.

Says Vai: "We all love playing to stripped tracks, and now Joe is releasing a gold mine of naked delights. Three of his albums are being released without the melody or solo guitars, and he sent me the gorgeous 'Teardrops' to play a little over. Enjoy!"

Satriani on Stripped x Three: "This collection represents three albums of backing tracks released years apart from each other spanning 16 years: Is There Love In Space? from 2004, Black Swans And Wormhole Wizards from 2010, and 2020's Shapeshifting. Three remarkably different albums recorded and mixed in remarkably different locations. At the heart of it is my love for composing unique and moving music for the electric guitar. Each album project I undertake pushes me to discover new ways to write , play, produce and record. I love the journey as much as the end result. With this compilation of backing tracks you get to peak behind the curtain a bit and experience that journey as I built the songs in the studio. And, of course, you can play along!"