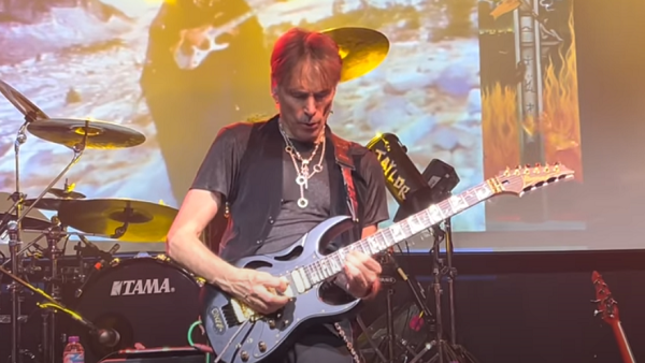 Guitar legend Steve Vai has checekd in with the following update:

"Alan Berry (The Tapes Archive) is a filmmaker and has created an informative, quasi-animated, and at times hilarious short film on the first 30 years of my career. It drops Sept 7th on his YouTube channel. Enjoy!"

The 77-minute Steve Vai-approved documentary has been in the works for over a year and a half.

The documentary covers the life of Steve Vai from his birth in 1960 until after the release of his landmark album Passion And Warfare in 1990.

The documentary has hundreds of Vai-centric facts and stories that even the most ardent fan will not have known. Complete with a Vai’esque quirky sense of humor and never before seen photos and rare videos.

Vai recently posted a clip from his archives on social media along with the following message:

"Here’s a little clip from the vault taken from a show on April 16, 2000 in Sofia, Bulgaria where I’m wielding the heart guitar on the track 'Fever Dream'. In order to prepare to perform this track, I had to practice being a helicopter."