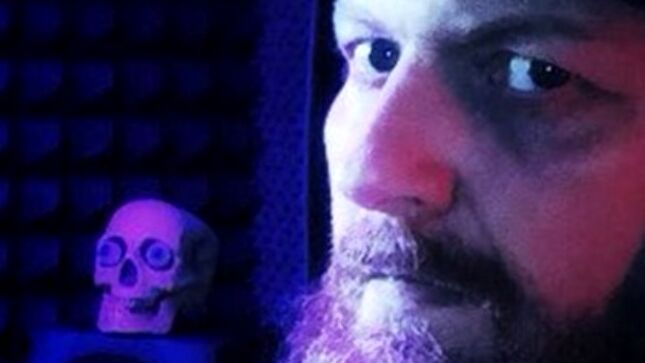 The New Black guitarist / Who Brought The Dog frontman Fabian "Fabs" Schwarz kept himself busy during lockdown with more musical experimentation. He recently released a full album of '80s-inspired synth wave tunes under the moniker SixMixSix, and is gearing up for a new EP release.

Fabs: "I have a release date! The Weird World EP will hit all major platforms on November 5, 2021! That is the most relaxing stuff I have ever done. So calm down and chill!! Save the date. Here is what you can expect..."

SixMixSix recently released a live album recorded this past summer in Würzburg, Germany at the annual Umsonst & Draussen festival. It is available for free download here.

"This is just a document about our very first show EVER! So have fun with this historical grain of sand."

Following is Schwarz's announcement for the SixMixSix debut:

"It is finally here! Grab your headphones, choose a platform and have a nice 40 minute trip. I would recommend Bandcamp because of the best available quality out there. If you want to support this project, tell it to your synthwave friends and share the album. Peace out."

Check it out via the player below. The album is also available via Soundcloud and Spotify.