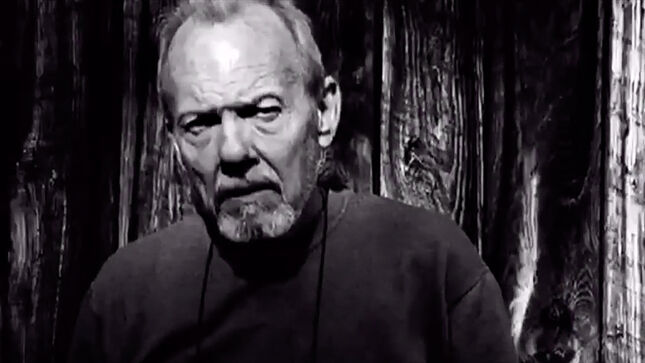 The Who are paying tribute to Tom Wright (1944 - 2022), stating: "Rest in peace, Tom Wright 1944 - 2022. Friend and fellow art student with Pete Townshend at Ealing School of Art, photographer, tour manager, one-time manager of the Grande ballroom, Detroit and all-round dear friend and associate of The Who and so many other bands and artistes. Tom Wright, a one-off."

The band have also posted a lengthy obituary at TheWho.com, which reads in part: "It’s with great sadness that we heard of the death of Tom Wright, photographer, long time friend and tour manager of The Who. An American from Alabama, Tom studied photography at Ealing College of Art in the early 1960s which is where he introduced graphic design students Pete Townshend and his flatmate Richard Barnes to the twin pleasures of smoking marijuana and listening to American blues, jazz, folk and R&B. Tom’s vast record collection included artists such as Jimmy Reed, Lightning Hopkins, Howlin’ Wolf, John Lee Hooker, Little Walter and Snooks Eaglin, along with the likes of Joan Baez, Ray Charles, Bo Diddley, Julie London and Mose Allison.

"When he was busted for possession and threatened with deportation, Tom got himself an airplane ticket back to America, leaving his entire record collection in the hands of Pete Townshend. Via this extraordinary and eclectic mix of albums and singles Pete then began to develop his own individual, rhythmic style which later defined The Who’s unique sound, moving them away from being just another 60s beat group into a ‘maximum’ R&B group and later the legendary behemoth that became ‘the best live rock’n’roll band in the world’.

"When The Who toured the US in the summer of 1967 as support band for Herman’s Hermits, Tom joined them as their road manager and tour photographer and from these early days in the band’s career came some of the most defining images of the period. He toured with The Who for another two US tours in 1968, photographing the band constantly before taking on the job of manager of Russ Gibb’s prestigious Grande Ballroom in Detroit for a couple of years."

Read the full obituary at TheWho.com.