Top 4 Of The Most Underestimated Metal Groups From The ‘80s 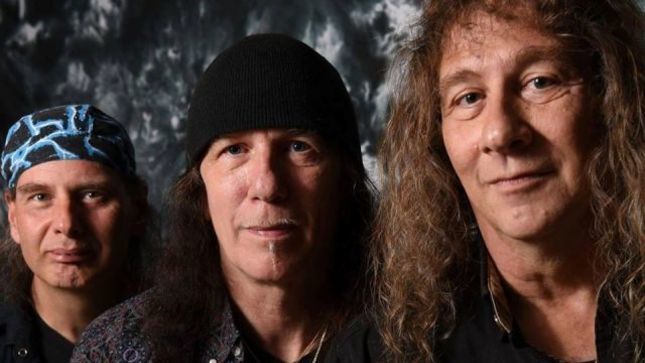 You have probably seen various TOPs of the most underestimated metal groups of all times, but we decided to bring up the most underestimated ones from the 80-s, which are definitely the heyday of this style. Somehow, the bands listed below didn’t get enough attention from the audience, weren’t heard and promoted, as then it was harder than it is now — you can just buy Instagram likes, purchase some followers on several social media platforms and here you have it, synthetic success created. Then it was ridiculously complicated, and all of these artists didn’t get enough, though they definitely could. Here they are:

Omen (USA) — here we have a real example of early epic metal, Manowar was still scratching their heads looking for ideas, and these guys already knew exactly what they wanted and did amazing, unreal things! You can listen to their debut album “Battle Cry”, or even better than that — "The Course". After that you can pretty quickly change your mind about who should be called the Kings of Metal!

Anvil (CND) — it was kind of a popular group in the metal community, but because they were Canadians and not, for example, Californians, they weren’t heard and popular enough for sure. Still their album “Forged in Fire” is a perfect example of high-quality metal that will live forever.

Demon (UK) — some people call this group the most underestimated group from the NWOBHM movement. Demon had an amazing habit of not following the tastes of the general public and releasing only what they liked at the exact moment. They clearly didn’t give a damn and released “Plague”, richly flavored with keys, no matter a strong bias towards Pink Floyd. It was in 1983, when stuff like that was equated to complete betrayal of the metal community! Their incredible creative search was once coincided with the general mood of metal fans in 89, which for sure determined the greatest commercial success of “Taking The World By Storm”. You can compare it to other popular tracks of this time, one of those was “Dr.Feelgood” by Motley Crue (you can compare these songs to one another).

Riot (USA) — these guys for sure deserved more! They have such masterpieces as "Fire Down Under and “Thundersteel”, which impressed many other songwriters and inspired them to write “Dragons Lies Bleeding”, “HammerFall” and “The Privilege of Power ”. This band, for sure, had its bad days, but none of them could kill their previous success. Sadly enough, they didn’t get enough attention from the public as well.