If a musician is fortunate enough to write a song - never mind a full album - that continues to resonate with fans years and decades after its release, he or she has every reason to be proud. Particularly in this day and age, when attention spans have been seemingly reduced to nanoseconds and music comes off as being as disposable for some people as used tissues or what passes for food at McD's. When vocalist Sarah Jezebel Deva and guitarist / keyboardist Chris Rehn, the brains behind Angtoria, saw the release of the band's one and only album in 2006, they never imagined God Has A Plan For Us All would embed itself so firmly in the hearts of those that discovered the music. By no means was the record a million seller, but Sarah's and Chris' respective histories - her with Cradle Of Filth, The Kovenant, Mortiis to name a few, him with Abyssos and Takida - guaranteed from the outset that people would be paying attention. Sadly, after a solid response to the album Angtoria just faded away without an explanation. Fourteen years later, however, Sarah revealed she and Chris had decided to take a stab at releasing new music for the Angtoria fans that have continued to hold the band so dear, albeit under the project's original name, Torn Between Two Worlds. The first sign of new life is the single "The Beauty Of Deception", a song that would be well at home on God Has A Plan For Us All... which is just what the diehard Angtoria fans wanted.

BraveWords: How long has this comeback been in planning even though you aren't using the Angtoria name anymore?

Chris: "In planning... well, Sarah and I met back in 2001 and started talking about working together, so it's been in planning ever since then. We've did some demo tracks with this particular project back in 2003, and that escalated and evolved into Angtoria in 2006. This particular track has been in planning for the last five years; not five years in the making, just in the planning. Sarah and I are both busy with our families and work, so trying to find the time to do things for fun versus for work... those are two different things. And when you're working 18 hours a day and trying to set time aside to do music for fun, it isn't easy."

Sarah: "There was a period after the release of God Has A Plan For Us All... I was passionate about it, but I favoured one particular band over everything else, so I am probably 99% the reason for why Angtoria failed. I stupidly put myself into something else where there was no loyalty. The response we got for Angtoria was amazing, so I'm the one to blame. And in the meantime, while I was stalling everything and getting on with another band, people had to get on with their lives while they were waiting for me. I think there was a period where Chris and I weren't in touch, and there was no reason for that. It's just that life goes by really, really fast. You don't realize it until you're speaking to someone saying 'My daughter is 21...' and the last time I saw her she was six years-old. By the time I'd decided we need to do something else with Angtoria, Chris wasn't free. There were a couple times where we did try to get something together but Chris would then disappear for months on end and I'd get really crappy about it. I didn't realize what Chris had been doing behind-the-scenes for his life and his family. The point where I wanted to pick it up and continue, I was a bit disappointed because Chris wasn't as free as he was with Angtoria. We have tried to do stuff and it hasn't worked, and that's because Chris has much bigger priorities. His career has to be the first priority."

"I'd had enough of music and I walked away. I'd had enough of the lies and the egos, the backstabbing, the false face that you have to wear for one person and a different face for another person. I started to do a few little bits here and there, did some guest appearances with bigger bands and I guess the mojo, as Austin Powers would put it, started to come back (laughs). Chris wrote two songs a few years ago and I recorded the vocals with Dan Abela, who was part of my Sarah Jezebel Deva solo band. Those recordings got put on the backburner; nothing happened. I was always waiting for Chris but he didn't have the time. So, to make a painfully long story short (laughs), I suppose this lockdown pushed things forward. And then being in touch with people like Lindsay Schoolcraft and Charles (Hedger / guitars) from Mayhem who gave me a kick in the backside to do music again." 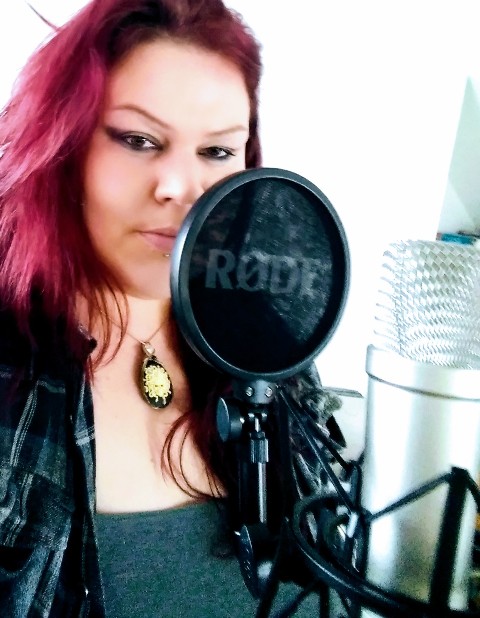 BraveWords: The new single picks up exactly where God Has A Plan For Us All left off...

Chris: "I'm really glad to hear that. I think this is... everything Sarah and I have done has been straight from our hearts. Both of us have been in the music business, as you know, for many, many years, so we've seen the ups and downs, experienced the pitfalls, travelled all over the world, so to be able to do something just to satisfy our own musical needs and make music for ourselves has been a key part of whatever we've done together. Every time. So for you to say that, it obviously comes through because Angtoria came from the Torn Between Two Worlds demo that we did in 2002."

BraveWords: Listening to the new single, it feels like no time has passed at all.

Sarah: "Chris does 99% of the writing, which is why I suppose the music hasn't changed. Obviously he tries to do different things, but if this had been a totally different line-up of people it would have sounded different."

Chris: "Exactly, and this is why I love working with Sarah. My main job is being a record producer and a songwriter for other bands and artists, so I do everything from rap to rock to pop music to metal. and I have to be in a certain state of mind for each type of song that I write. But everything regarding collaborating with Sarah when it comes to Angtoria, Torn Between Two Worlds, or whatever we do, I can go back to my core self. That's why I love working with Sarah, and that's why we have this trademark sound I guess you could say. The fact that it's noticeable is so nice to hear."

BraveWords: Do you have a new album in the works, or are you basing your next move on how the "The Beauty Of Deception" does?

Chris: "We don't have an album lined up. We made this first single with the intention to keep moving forward and release more singles, not an album any time soon. Everything I do with Sarah needs to be completely honest and true, and not have anything to do with business, money, labels, contracts or anything to do with restrictions or expectations. I need to do this in my free time and not schedule it into my work days. That's why this needs to take the time that it takes. We plan on continuing to release singles because it's a singles world with Spotify and all the other streaming platforms. There are plans to make an album but that will come if and when it does. And we will keep releasing singles no matter what the reaction to this first one is, even if people hate it (laughs)." 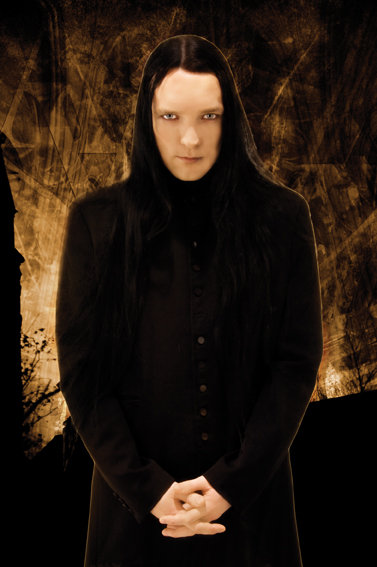 BraveWords: Have you continued to write lyrics even though you'd taken a step back from making music? Would you have enough material to draw from at this point to make an album ?

Sarah: "The answer is no, however, there is never a shortage of influential people that I hate that I want to write about (laughs). Everything I've ever written about for Angtoria has been based on fact, based on things that have happened to me or people I know. I don't know how I managed to get all those lyrics out on that album because nothing was forced. I remember writing 'Six Feet Under' one morning and they came so freely, and I guess that's because I hadn't been able to express myself for years. Ever, in fact. When I did my solo album it was the same thing because I could always make a connection with someone or a situation. When I wrote the lyrics for 'The Beauty Of Deception', I had someone in mind. So it's everyday life, people and their actions, the consequences of their actions always influence me. If Chris came to me today and said, 'Okay, I've got five tracks that need lyrics...' apart from having a heart attack I'd pick out five situations and write about them. I don't think it would be an issue. And the way Chris writes makes it very easy as well."

BraveWords: Why did you make the change from Angtoria to Torn Between Two Worlds?

Chris: "Angtoria will always be very close and dear to our hearts because that's our baby. What we're doing now isn't actually something new. As we said before, Angtoria evolved from Torn Between Two Worlds. Because Angtoria has been put to sleep for so long, and because it involved other people as well as ourselves, we've decided to keep that legacy intact and simply continue what we started back in 2002 instead the way it was intended from the start. Torn Between Two Worlds is Sarah and I, no one else involved."

BraveWords: God Has A Plan For Us All was released in 2006, but to this day anyone that discovered the album and fell in love with it still regards it as an epic piece of work. There is love for that record all over social media.

Sarah: "I think I get more feedback about the album than Chris does due to the fact I'm on social media, and without trying to sound egotistical, I've gotten letters from fans, I get regular comments and positive feedback from fans every other day talking about the album. It's so heartwarming, it's so touching. I've gotten emails from people on the verge of killing themselves, people who have lost their parents or been in difficult situations saying that we saved them with that album. Quite a few times I've been in tears getting all this feedback. It's phenomenal. To this day people still tell me God Had A Plan For Us All is a phenomenal album and that they still play it a lot. I'm hoping we can release it on vinyl some day because there's still a call for it 16 years down the line. It's mindblowing. I'm so proud of it."