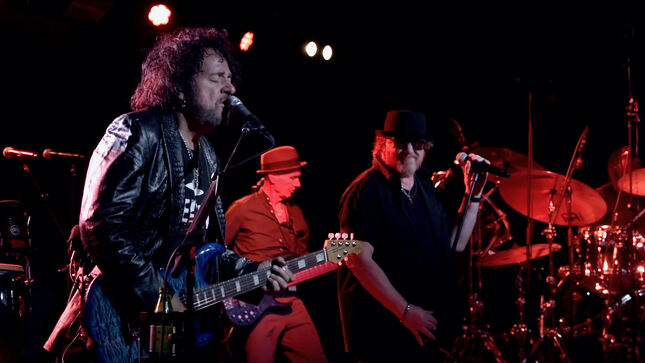 Toto has announced the band’s return to the road in late-February. The band will begin the Dogs Of Oz World Tour in Las Vegas, NV on February 25. Initial dates on-sale this week are presented below, while additional appearances will be announced in the coming weeks.

On April 7, Toto will perform an additional 18 shows in US arenas with Journey. In July and August, the band will be touring in Europe headlining festivals, alongside performing in arenas and large theaters which include an already sold-out appearance at Amsterdam’s Ziggo Dome.

Toto’s “Africa” recently crossed the threshold of 1 billion streams on Spotify. This accomplishment speaks to the continual discovery of the band’s repertoire, alongside the multi-generational fan base enjoying a composition that is nearing forty years since the band’s album IV was released.

Co-writer David Paich shares, “This surpasses a dream come true! Thank you to our family, friends and fans! ‘Africa’ is the result of a team effort in the studio – resulting in musical magic! And thanks to Spotify for helping Toto connect with so many awesome listeners. I know my co-writer Jeff Porcaro would be smiling and celebrating this moment with us.” Cumulative Spotify streams exceed 3.3 Billion plays.