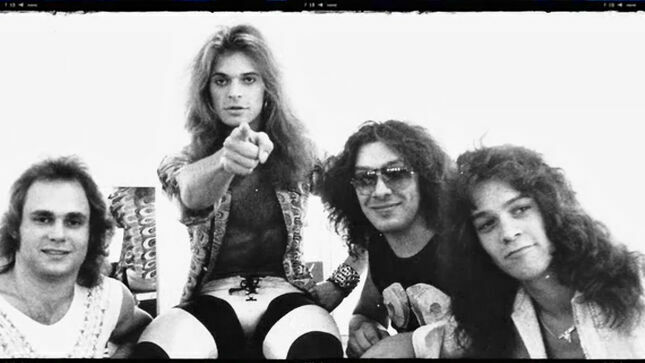 Pasadena’s favorite rock and roll sons, Van Halen, were honored on Saturday, September 17, when the City of Pasadena dedicated the new Playhouse Village Park and the Van Halen Stage in the Playhouse District with a ribbon-cutting ceremony. Video and photos of the event are available below.

Following a city-wide survey in 2021, the City Council voted to name the park’s stage for the band that took its name from Eddie and brother Alex Van Halen, who formed the Pasadena-based band in 1972.

In October 2021, a plaque was unveiled to honor guitarist Eddie Van Halen in his hometown of Pasadena, California. The plaque is located on a wall outside of the Pasadena Civic Auditorium.

“This event brings together history and community to celebrate a world-renowned artist,” said Councilmember Felicia Williams to Pasadena Now. “It’s not just the history of Eddie as a guitar legend, but also the challenges he faced growing up mixed race in Pasadena, which always spoke to me. And the community support and initiative to make this happen is inspiring. Thank you to everyone!”

A video of the dedication ceremony cortesy of Pasadena Now can be viewed below. The location is where the band played several of its earliest performances. Pasadena 4 Van Halen, a group led by Pasadena residents, raised money from donors and fans of the musician and band to fund the plaque.