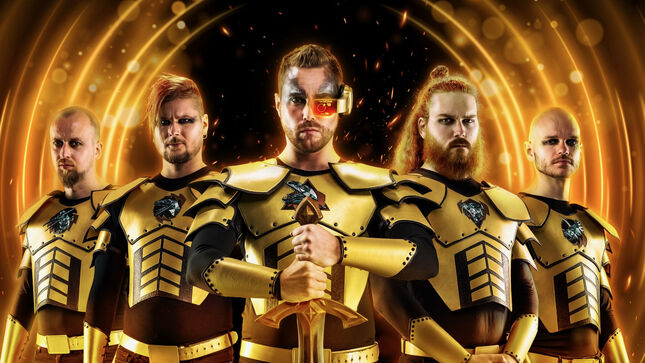 German power metal space warriors, Victorius, enter the last round with their new single, “Night Of The Nuclear Ninja”. The track comes just a few days before this Friday’s release of their new album, Dinosaur Warfare Pt. 2 - The Great Ninja War - the final showdown in their fight to protect mankind against the Sunbladers! “Night Of The Nuclear Ninja” features strong vocals, epic tunes and powerful instruments building up a commanding metal anthem. The track comes along with a gloomy and captivating lyric video illustrating the song with nuclear aesthetics.

Dirk (vocals) on “Night Of The Nuclear Ninja”: “A new foe appears on the horizon! A warrior, glowing in the dark, fueled by atomic hatred and nuclear fury! Enter the night of the nuclear ninja! Enjoy our latest and last single before our brand new album will be released!”

Dinosaur Warfare Pt. 2 - The Great Ninja War sets off with a monumental introduction, cracking open this mystical world as it flows into “Victorious Dinogods”. The track initiates battle with relentless power metal as the mighty dinogods resurrect to protect mankind against the space ninja attack. Luckily, the dinogods don’t stand alone, as they are proudly joined in battle by the “Mighty Magic Mammoth”, awakened by a fiery comet. But wait, there are more brothers-in-arms (and songs) on their way - like “Jurassic Jetfighters”, “Triceps Ceratops” and “Tyrannosaurus Steel”. The three join forces to fight the ninjas and their fearsome dragon, as fabled on smashing track “Dinos and Dragons”, spiced with an intense guitar solo praising the tradition of speed metal with a remarkable virtuosity. A foreshadowing of what’s to come when the ninjas take command is described with “Katana Kingdom Rising”, setting off with stomping drums that lead to an anthemic chorus. Strong symphonic elements are witnessed on “God of Roar” as well as on the powerful track “Night of the Nuclear Ninja”, which tells the story of the space ninjas transforming into even deadlier, nuclear versions of themselves. This is when another grand figure joins the fold: the giant “Powerzord”, a mighty robot lord, who comes to the aid of the dinosaurs in battle with the aim of finally freeing mankind from the space ninja threat. Will the dinos and their brave supporters manage to prevent the nuclear ninja kingdom from rising? Find out on Dinosaur Warfare Pt. 2 - The Great Ninja War - a roaring good time for all.

Victorius on Dinosaur Warfare Pt. 2 - The Great Ninja War: “Mighty Dinosaurriors. Get ready for the next chapter of our epic quest. Dinosaur Warfare Pt. 2 - The Great Ninja War is nothing more than the most ambitious album we´ve ever made. 12 songs full of speed, melodies, hooks and epic-ness. Together with producer Lars Rettkowitz we’ve created the soundtrack for an intergalactic Power Metal adventure you can´t escape from. The war rages on. Choose your side.” 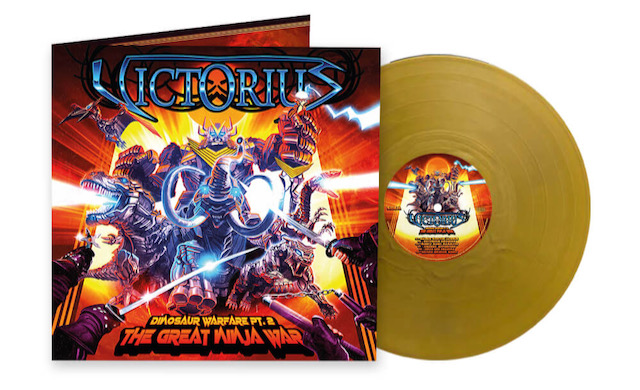 Dinosaur Warfare Pt. 2 - The Great Ninja War is available in the following formats: 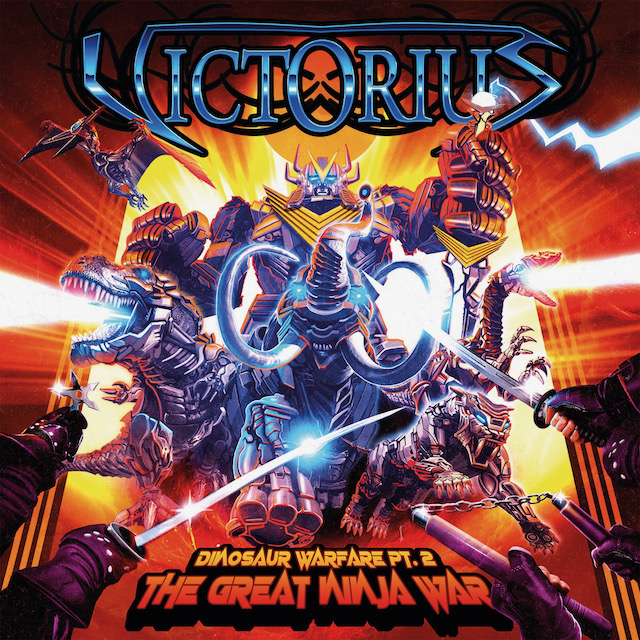