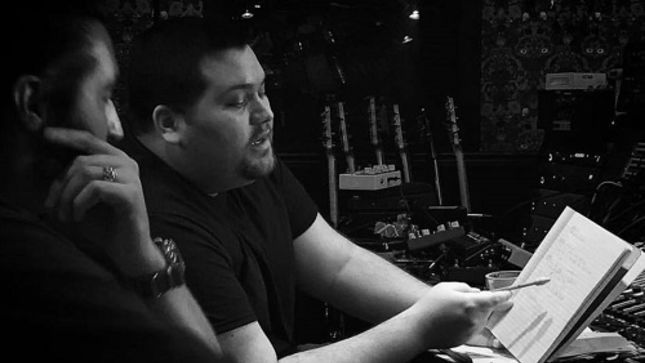 Van Halen bassist and Eddie Van Halen's son, Wolfgang Van Halen, has completed his first-ever solo album. The as yet untitled album does not currently have a release date, although producer Michael "Elvis" Baskette (Alter Bridge, Slash Featuring Myles Kennedy & The Conspirators) has chimed in with the following:

"There are no words to describe the sense of excitement and accomplishment of finishing the last mix on this amazing record I just produced for the mega talented @wolfvanhalen. It’s so awesome and I’m super proud of it on all levels. It’s been a long time coming but it will be very worth the wait! Proud of you... love ya @wolfvanhalen #grateful."

Van Halen News Desk previously reported: "Sounds like his solo project is really coming along. Earlier this year, VHND received confirmation that the talented 26-year-old, who's been playing bass in Van Halen since 2006, is doing it all (bass, drums, guitar, vocals, keyboard, etc.) on his solo debut. That's right, Wolf is playing ALL instruments and singing ALL vocals. Talk about a "solo project"!"

A previously posted audio clip, as well a more recent sample, are both streaming below: