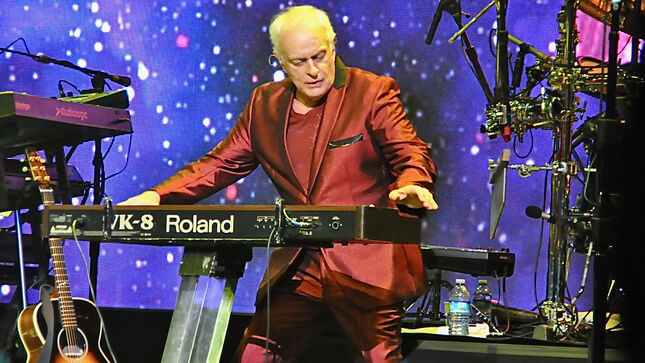 Twelve months on from the release of this hauntingly beautiful album, another event is changing our world. The music is poignant for another host of reasons, showing that Kaye, writing from the heart, speaks for us all when words just cannot express the emotions we all feel when tragedy strikes.

An album 20 years in the making, the first solo work from former YES member Tony Kaye. Conceived to commemorate the events and the journey that followed the world changing moments of 9/11, End Of Innocence is designed to be listened to in its entirety and to take us on a journey. Dani Torchia, who Kaye met in the wake of 9/11, wrote and performed on the album.

Tony Kaye retired from YES in 1996, and came out of retirement the week following the events of 9/11 and began to write this album, the power of music helped Tony to process the day that became the End Of Innocence.

The album takes you on a journey from the peace of the night before, to the emerging hopeful looking to the future. This album has been interwoven with the growth of their relationship. Today the album throws light and solace following the death of Queen Elizabeth, which changes the landscape of the world for every person whose lives she touched in her 70 year Reign.

The artwork is painted by Roger Dean, the artist best known for his work with YES and Asia. It was created after Roger had heard the music and the images reflect the journey the music takes.

“On the 21st Anniversary of 911, a reminder to our leaders to stay vigilant. NEVER FORGET!” - Tony Kaye

Tony Kaye, Spirit of Unicorn Music and Cherry Red Records are donating 10% of all profits from End Of Innocence to garysinisefoundation.org/. The charity supports veterans, defenders and first responders in times of hardship.