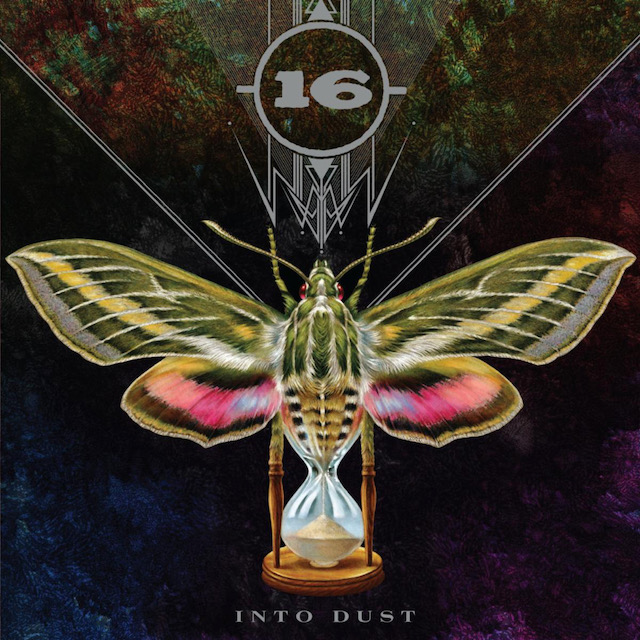 Man, -(16)- have really carved out their own thing at this point, haven't they? Sludge in spirit, noise rock in sonics but somehow the end result is, like, ready for radio in a slightly different reality from ours, but not too far off, with the big riffs for miles all over the place once again on new full-length Into Dust.

There's such a strong sense of despair and an examination of the dark side of both society and self in these songs, always in 16's songs, and opener “Misfortune Teller” just nails it, like Unsane gone real bad; meanwhile, “Dead Eyes” features some of the band's finest songwriting yet, coupled with a NOLA-like groove. “Scrape The Rocks” gets low and slow and unbearably heavy, yet also with this sense that, you know, get these guys and Aeges together for some kind of showcase night at the local bar and something weird might happen, if you know what I mean.

If you don't, it's fine, just let the sledgehammer of these songs come down again and again, let “Never Paid Back” totally destroy you with its sludge-rock riffs and beaten-down vocals, let “Dressed Up To Get Messed Up”'s twisted rock bend your mind, let the awesome experimental ending of closer “Born On A Barstool” works its magic, let this album—easily one of 16's best and most varied—take you to places that, honestly, only -(16)- know how to get to.