ABYTHIC - Dominion Of The Wicked 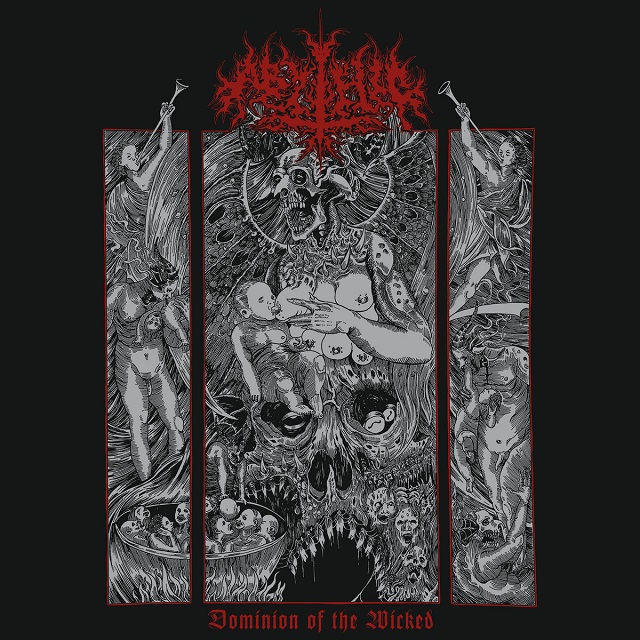 We dug Abythic's last album, Conjuring The Obscure, pretty hard, giving it a whopping 8.5 and praising its death-doom leanings, and we're pleased as can be that this German-based group has only got more extreme this time around, these four songs getting lower and slower, and longer, and doomier, opener “At The Threshold Of Obscurity” alone clocking in at almost 15 minutes. And what a way to open the album, the band just crawling for their lives across the trenches, the Asphyxian/Bolt Throwerian love taken to new levels, and when the double kicks come in at around 7:58, it actually, honestly, sounds like gunfire, and it sounds scary. Well done.

The song blends right into “The Call”, itself nine minutes of downtrodden glory, which leads into “Endless Tides” and its pure doom/death vibes. “Augury Of The Doomed” closes things off with a brief 5:27 of doom/death, every song here bleeding into the next, Abythic creating an album just as good as their last but without the concept/guest distractions that took away more than it added to that one. Dominion Of The Wicked is absolutely top-notch, highly recommended for those scouring the battlefield for the latest extremity.