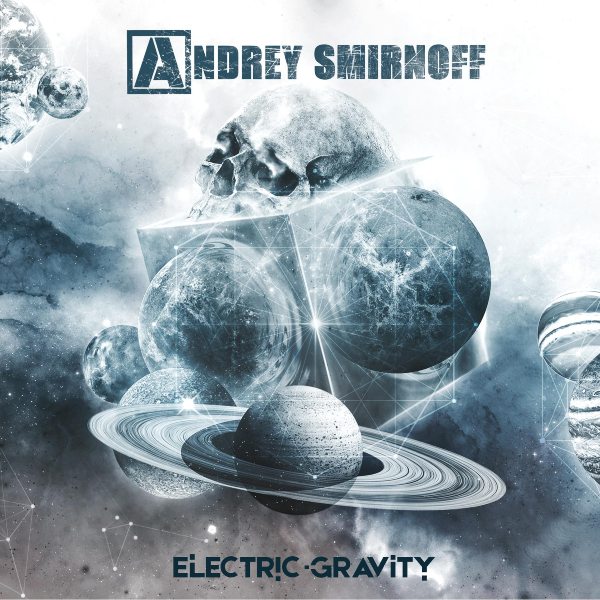 Solo, full-length instrumental effort from the long-standing U.D.O. guitarist. Once upon a time, these things were all the rage and had many a favorite: Joey Tafolla (Out Of The Sun), Jason Becker (Perpetual Burn), Vinnie Moore (Mind's Eye) and Cacophony (Speed Metal Symphony) always atop the list (in rotating order), although have not listened to a "new" one in decades.

Like his predecessors, this is not a purely heavy and speedy "metal" record, although that's where Smirnoff cut his teeth and makes a living. Time to stretch the wings, a bit. Drum hammers out an aggressive pattern, to open upbeat "Samurai". Lots of tricks on display, right from the start, while "Dream It Out Loud" is a more demure, airy piece, in the realm of Steve Vai. "Djentology", as the name implies, wields a heavier hand: soloing over a staccato baseline (bass line. too) of jagged edges, while "Wings Of Freedom" adds a funky thump to the speedy, clean picking. More than anything else, it recalls the aforementioned by Moore.

"Magic Dancer" foregoes the entire band dynamic. Strangely though, a digitally encoded image of T Rex, who had a similarly sedate piece called "Cosmic Dancer", pops up throughout this double tracked guitar-only playback. First single/video "Light And Shadow" showcases some tasteful neo-classical shredding, within a bouncy, synth-drum beat. Not quite up to the Wintersun/Alexi Laiho speed stakes, but certainly in a similar headspace, albeit decidedly less overtly metallic.

Most far reaching number is "Coming Home", dreamy, prog...until a second gust of wind, which seems to blow the turntable arm to a completely different track, which ultimately fades out. "Twist Me" is a danceable, jump-around rocker, somewhere between jazz fusion or an updated 50s beat ("The Twist"?) than anything else herein, or in Andrey's past. Get the impression the pre-teen set will enjoy flopping around, when this one hits the home stereo (or what passes for one these days: Alexa).

Half way through "Escape" a recurrent, solitary bass/pulse begins to beat. It only interrupts briefly, before ultimately taking the "song" in an entirely different direction. Guess that's where the title comes in. Metaphorically, heart breaking away from the mundane/same old, to enliven and go off on an exciting tangent. The disc closing "Where The Rivers Flow" is a mid-tempo slice of jazz fusion.