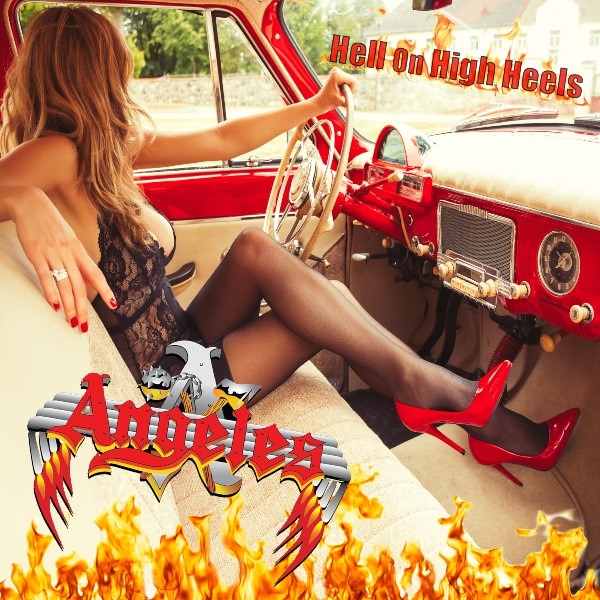 Angeles’ history goes back to the early-‘80s and the debut We're No Angeles (1984), playing the sunset strip sharing the stage with usual suspects like Quiet Riot, Motley Crüe, Ratt, and Guns N’ Roses. Since then, their history includes different members and long breaks of time in between albums until 2014, 12 in total. Guitarist Dale Lytle is the only original member left, and the only constant, joined by a new bassist and drummer since 2015, and a new singer this year.

Title track opens the album with a sleazy riff and gritty vocal, “Celebrate” follows, more commercial, upbeat kick and would be good for a radio single. Ballady rocker “Heal The Wounds” is an ‘80s throwback with the line “I’m all outta whiskey, I’m down to my last cigarette”. “Apocalypse” slows the pace, vocals are kind of snarly in delivery. Nice kick to the riff and rhythm to “Start Living” with the big backing vocals harmonies. Bass and drums begun “Rolling Like Thunder”; could have been on the first Faster Pussycat or L.A. Guns albums. Heaviest riff and attack is in “Run”, some effects on the vocal for a spirited closer “Holly Fenton”.