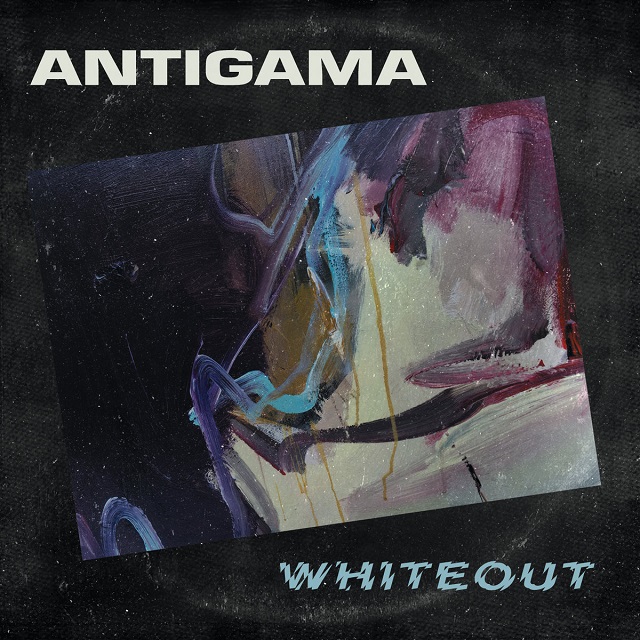 I've long been a fan of Poland weirdo grinders Antigama, who here on their eighth album (and first in seven years) channel prime/current-era Napalm Death right out of the gates with opener “Undeterminate”, a strong way to start. The sideways riffing comes in fast though, with “Debt Pool” bringing the band's quirkiness to play.

But the Antigama of the past few albums have shown a surprising amount of restraint with their oddball tendencies, playing it quite straight for much of the time. Some songs, like “Holy Hand”, when taken apart from the greater whole, sure, sort of turn into unremarkable groove-laden death metal; but when it's all part of Antigama's master plan and is put next to a frantic blaster like “Dust Farm”, things starts to make sense. I miss when Antigama's records made me go cross-eyed with confusion, but there's something to be said for harnessing that into a more straight-laced assault, and they do that with grace on Whiteout. Tracks like “Disasters” are what happens when a tech-death band channels their inner Pig Destroyer, and that rules; “Unclear Conversions” is Pig Destroyer going tech-death, and that also rules.

And that's Antigama's sweet spot, knowing when to grind and when to add in flair; it's no longer flair just for the sake of bending minds. This band has already bent our minds, now they're here to craft some goddamn songs... and bend our minds along the way, like on freaky grinders “The Howler” and “2222”, a fantastically weird duo of blasters to close off this great record.