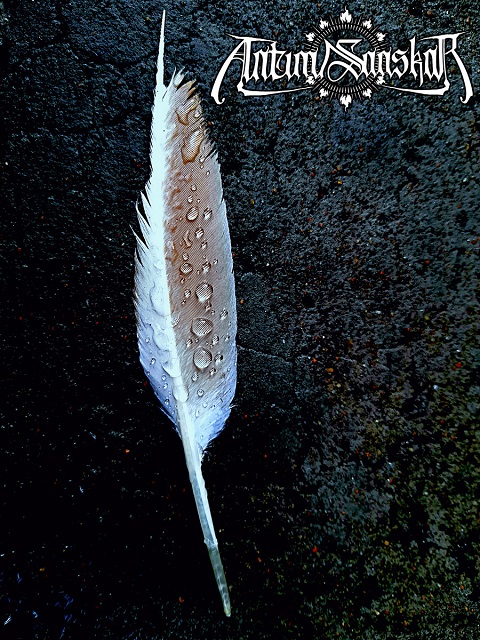 It takes Antim Sanskar a while to get going here on their self-titled debut album, but that's because this is melancholic doom/death, so it's not exactly life in the fast line. It is, however, life in the quality lane for this band, who know a thing or two about crafting well-written songs with tons of smart structure and smooth finesse.

Sure, the death-guy whisper/rattle over acoustic guitars in “The Feral Child” just sounds absurd, but the song makes up for it with its impressive slow burn, the sounds just begging for a production that packs a more mammoth punch. And, man, the song is impressive, all 10 minutes of it, regal guitar work leading the way through some serious Peaceville Three melodies. The clean vocals on “Embers Of The Ancient Flames” aren't quite there, but the song is great, and it showcases the best part about this band: their use of glory-ride guitar solos in a death-doom context, Antim Sanskar here really nailing what makes a guitar solo good and effective, which is really a pretty rare thing. “Window Of Doom” gets pretty weird with the noises and singing, and I like it; closer “Die, Decay, Disintegrate” ends things off with a death-doom rager way more the former than the latter, a refreshing breath of fresh air at the end of the album.

There's tons of potential, and already a lot of personality, here; with more work on the clean vocals and a more crushing production sound next time, Antim Sanskar will be one to watch in death-doom for sure.