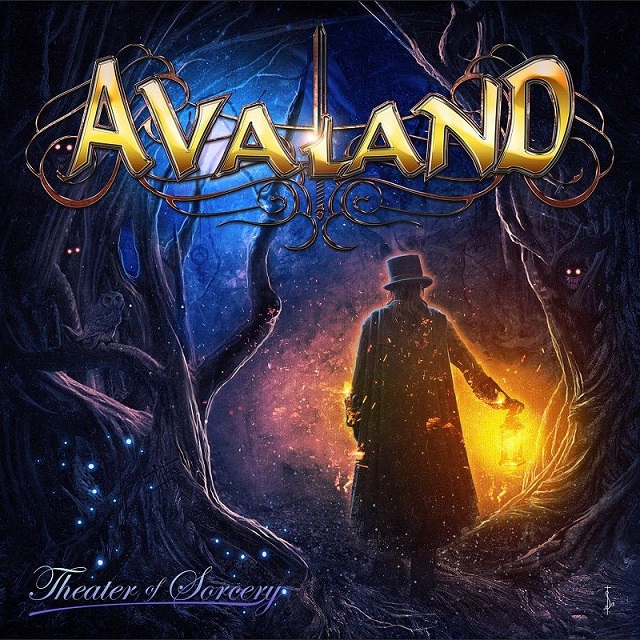 Theater Of Sorcery is the debut full-length from France’s Avaland. Marketing themselves as a symphonic metal band is curious as the music is closer to hard rock/AOR stylings. This isn’t necessarily bad, but it’s a surprise when everything else – look, name, and aesthetic – all fits that power metal mold. A concept record, Theatre Of Sorcery is a “theatrical metal adventure that tells the story of a young sorcerer, Adam Wilstorm, who could be the salvation of bringing back the light to the kingdom of Avaland and during his journey, he must learn to control his powers linked to the Storm.” Nestles neatly in that fantasy realm and the album features an array of guests including Primal Fear’s Ralf Scheepers, Savatage’s Zak Stevens, Nightmare’s Madie, and Myrath’s Zaher Zorgati.

Suspecting a full symphonic blast, those instrumentations are mostly kept to the background with vocals and guitars taking precedence. Mainman and singer Adrien G. Gzagg has a smooth voice and keeps it a sturdy midrange and doesn’t crack the glass with crazy high vocals. Opener and title track gives the impression of an epic encounter in the making with choirs in the beginning to set the mood that sets the stage for bombastic rhythms and a huge chorus. Those heights aren’t reached again until glowing closer “Rise From The Ashes”, began by futuristic keys and features all the guest vocalists singing with each other. No full up-tempo tracks although fast parts are featured on the Zak Stevens’ sung “Storyteller”. Could fit right on Avantasia’s The Wicked Symphony. Ralf Scheepers completely owns “Gypsum Flower”, a highlight that holds a host of rhythmic changes.

The latter half of Theater Of Sorcery raises the curtain on glam rock and AOR, “Never Let Me Walk Alone” has a main riff that screams Whitesnake and features synth work in the vocal lines. The song is a duet with Madie and could fit on a Frontiers Records project and it’s brilliantly executed. Not sure if intentional or not but the main riff on “Deja-Vu” is purely lifted from Rainbow’s classic “Man On The Silver Mountain”. “I’ll Be Ready For Your Love” is a pure piano-led power ballad, but tastefully done and features strong vocal work from Gzagg and Mobius’ Heli Andrea.

The musicianship and talent is there with the concept having an intriguing background. While the AOR sounds are more than welcomed, would like to see more fury on future releases. Will be keeping an eye on their growth.