BESIEGED - Violence Beyond All Reason 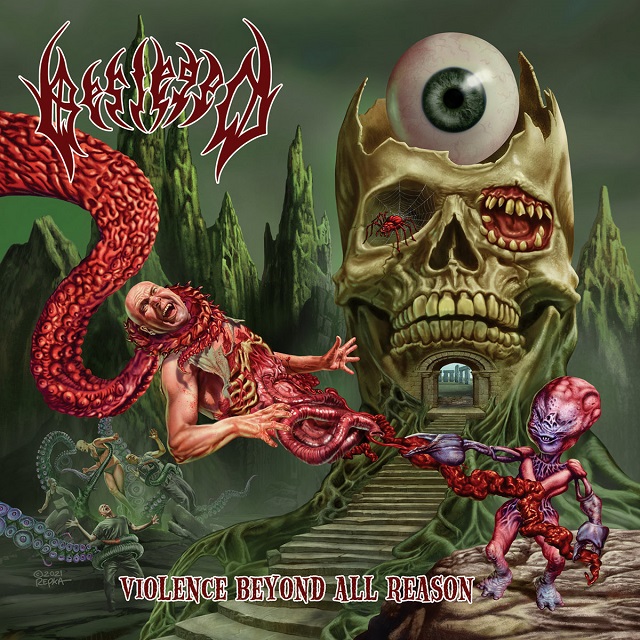 I enjoyed this Winnipeg band's debut album, Victims Beyond All Help, which came out sort of a lifetime ago (2010, reissued on Unspeakable Axe three years later), praising its manic, Teutonic, near-death frenzy. Here on second album Violence Beyond All Reason (love the titling theme here), the band is certainly back with a vengeance, as slaying opener “Last Chance” proves, and “Paragons Of Brutality” throws in a slight touch of melody and some classic Bay Area riffing to keep energy levels high.

Like, really high: the energy is through the damn roof here, the band absolutely frantic, frothing at the mouth, racing to get to a finish line that might arrive just a bit too soon at this rate, visions of misery in the rear view mirror. The title track manages to ramp things up to an even more hectic pace, and “Descent Into Despotism”'s riffing is razor-wire classic-Hetfield-level impressive. Closer “Testaments” doesn't let up for a second, just raging thrash/death to the end, exactly how I want it.

This is a fantastic record, Besieged finding their niche and sticking to it hard here, tipping their hat to everyone from Hellwitch to Sadus on the thrash-death continuum along the way, throwing the horns at classic Germanic thrash, and setting up shop in California to remind everyone how to thrash. Then, heading back to Winnipeg to woodshed for their next album, but hopefully it won't be another decade-plus before we get to enjoy it.