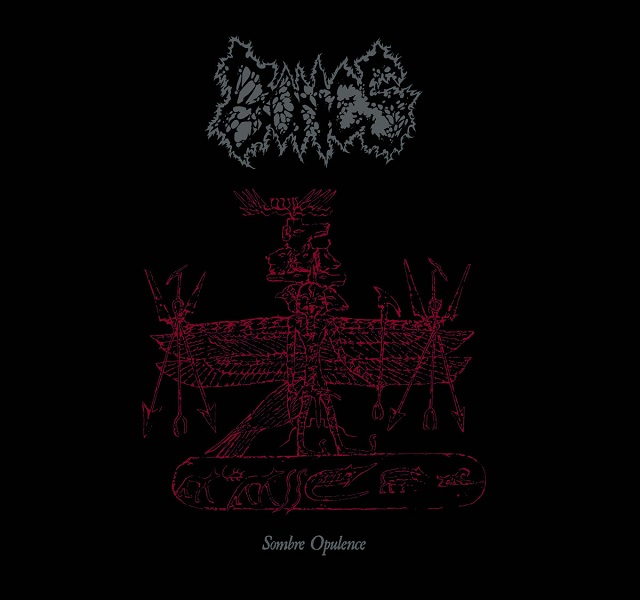 Belgium's Bones ain't beating around the bush with that band name, and neither are they with the music, either, as the divebombing guitar solo that basically kicks off opener “Execration Rites” signals the listener's quick descent into old-school, raw and ugly death metal. And they get it all right here, from the production to the caveman riffing, Bones obviously having a love of the masters (and it's no surprise the band's first two EPs came out on Blood Harvest).

They then follow things up by getting both grindier (musically) and more in the caves (vocally) on the killer “Funerary Magic”, which features some great Incantation riffing. Love the drum attack, love the absolute chaos that this band brings to the table. “Deserts Of Eternity” slows things down to an impressive swamp trudge, Bones really stepping up here with this record as one of the shining stars in DM to keep an eye on. That tune also stretches its horrid wings at just over seven minutes, really bringing the slug crawl out for a long walk. “Withering” is a brief, 2:21 instrumental interlude that actually works. That's right: an interlude that actually works. It's an instrumental piece led by a creepy guitar riff that brings to mind classic Entombed when they could bring the creep, and it rules. “Primordial Idolatry” almost gets gore-grind on us, which is a nice late-album wakeup call; “Great Altars Of Ascension” is another big one at 8:40, the band starting off caveman death then, well, just kinda staying there.

This song somehow proves its worth at this length even though it stays fairly typical DM throughout, Bones still crafting a journey with it. Things end off with “Formulas Of Condemnation”, which is as off the rails as “Execration Rites,” a perfect way to end off this most excellent slab of DM delight.