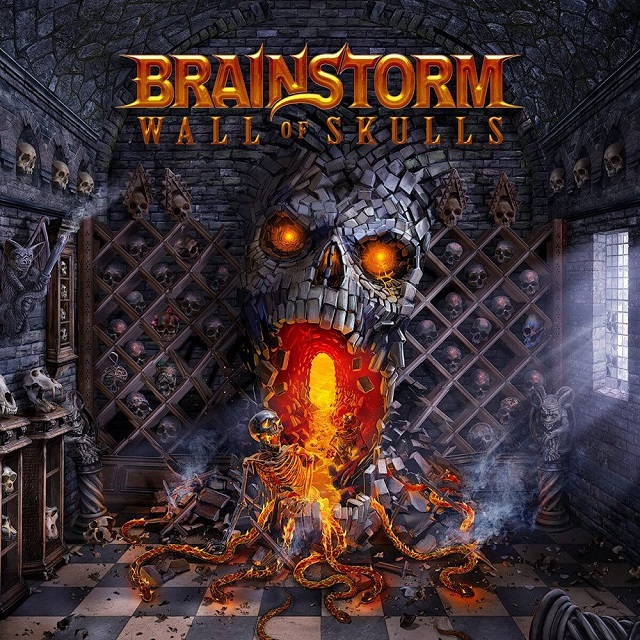 The pandemic threw a bit of a monkey wrench into the Germans' clockwork release schedule: basically every two years, a new studio effort. Luckily, the Midnight Ghost predecessor was the strongest Brainstorm platter in more than a decade (back to Liquid Monster, if you ask me) and while they couldn't completely capitalize on the good fortune, in terms of live appearances, the time off proved to be a two-pronged victory. One, it gave them "extra" time to write a worthy follow-up and people got to enjoy Midnight Ghost "longer" than they might have, normally, which seems to have earned the 30 year old outfit a new respect, at home, as well as on the global stage. About time!

Following the "Chamber 13" intro, "Where Ravens Fly" is a strong calling card (perhaps why it was an early video/single), announcing that Brainstorm mean business. A couple of local guests stars should see more eyes/ears focused in their direction. Teutonic mainstay Peavy Wagner (Rage) adds his gruff vocal counterpoint to the initial pre-release single/video "Escape The Silence" and Orden Ogan frontman Seeb Levermann contributes to one of the heavy hitters: "Turn Off The Light", as they recorded at his studio. Is there a better surname for a music producer, given all the knobs on the mixing desk? Seemingly lifting a slice off Judas Priest's Painkiller, said tune is a ripper and offers a short vocal duet between Andy B Franck and Seeb. Back-to-back beat down!

Throughout their discography, the band's bread & butter has been the clickety-clack mid-tempo traditional / power metal riff, with Franck's impressive vocals over top. There's plenty of the high caliber trademark Brainstorm herein, but Wall Of Skulls ups the ante, courtesy of the guitar tandem of Todde Ihlenfeld and Milan Loncaric, via a heavier/more brutal soundscape on the aforementioned, as well as "Stigmatized (Shadows Fall)", frenetic begun and constant drum bashing "My Dystopia" and galloping "Cold Embrace" (a bonus on the Limited Edition, which features a 13 song, live Blu-Ray from their streamed gig, earlier this year, where "Escape The Silence" was debuted). That's not to imply it's all speed, all the time. It's not and "Glory Disappears" is the heartfelt sing-along that goes down so well on the European festival circuit, even ending a cappella.

Longtime fans will certainly put Skulls at/near the top of the Best of 2021 lists. More importantly, those that previously overlooked (how?) the band, or felt they needed more crunch, should re-investigate ASAP.