BREED OF AGGRESSION – This Is My War 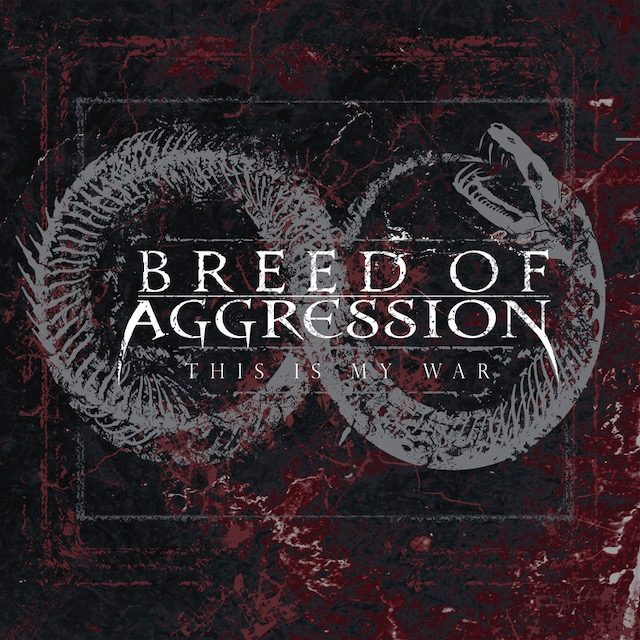 Breed Of Aggression is an appropriate name for this two member unit and This Is My War is the full-length debut that goes straight for the throat with modern metal and production efforts that delivers just enough melody to remain distinctive throughout the duration of the record.

Speaking of distinctive, singer Susie Hoffman Beham surprises with her…well…aggressive vocals that spurns anger and resentment and at times pulls out this scratchy, almost demonic like voice that has to be difficult to pull off. It reminds of Jill Janus from Huntress, although Beham is much more controlled and isn’t straining herself. Main songwriter Scott McClellan performs guitar, bass, and drums although the bass unfortunately is an afterthought and doesn’t have a strong presence. Guitar wise, McClellan brings out the tricks with some shredding ability and conjures up some strange, but intriguing sounds from his instrument that bears repeated listening. A talented musician, the songs are razor sharp and don’t overstate their welcome, mostly coming in at the 4 minute range.

Last two tracks leave the strongest mark – “We Are The Strong” fakes as a power ballad (especially with that title) and double bass drumming takes over and ends up as a hard-hitting cut while “Aftershock” has memorable chorus work and is almost like power metal, minus the over-the-top lyric work and spectacle. “Cicada” features insane vocal work from Beham utilizing that aforementioned demonic voice.

This Is My War is two musicians showcasing their chops in a tasteful way and it’s no wonder why the great Tony Martin is working with McClellan on his upcoming solo album. Be sure to check out this out for a kick in the ass, great guitar work, and the unique vocal ability of Beham.