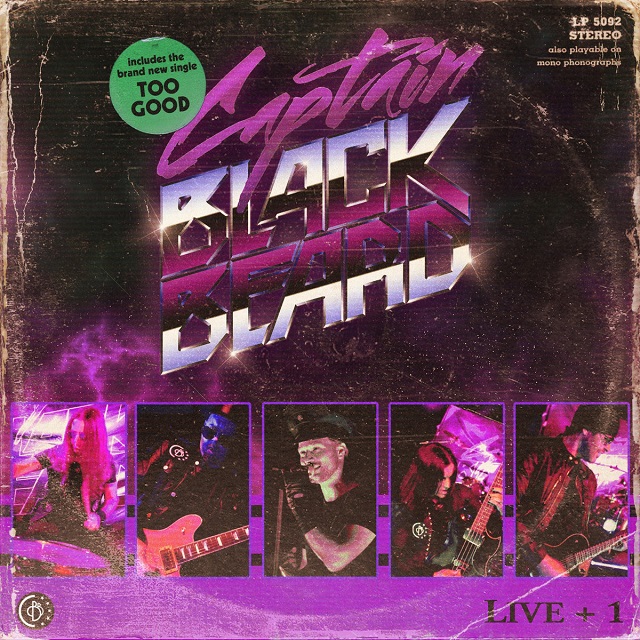 Undoubtedly a pandemic created stop-gap, one of my 2020 Brave Embarrassments is back. Copping the title from an early Maiden EP, here the Swedes offer five (supposedly) in-concert tracks, plus "Too Good" studio newbie. Although the moniker sounds like it might be pirate metal, far from it. In existence since '09 (with five full-length albums to their credit), if you thought countrymen like H.E.A.T. or Eclipse were the bastard spawn of Europe's "The Final Countdown", take a gander here instead!

Pulsating drum beat and brief guitar flourish flesh out "Midnight Cruiser". Like its studio counterpart, still ends with uncomfortable falsetto. "Divided Feelings" was a video track from It's a Mouthful (2016). Although keyboard laden, it pre-dates the current dance hall fascination. "Sonic Forces" will only be available on the (as yet still to be printed) CDs. Another video release, "All The Pain" (off '18 album, Struck By Lightning) shows the genesis of the current over-the-top soundscape.

Probably not one for most BraveWords fans, but do you dare?