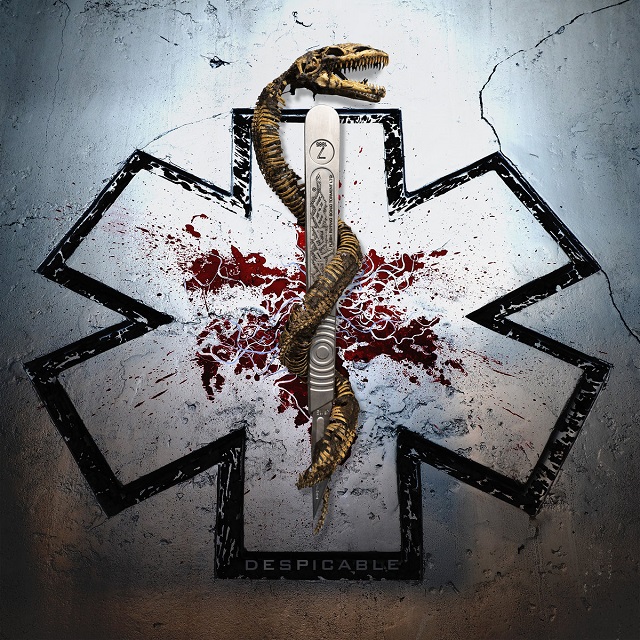 Hard to believe it’s been seven years since the mighty Carcass returned with Surgical Steel, but here we have it, and now the four-song Despicable EP is here to keep us satisfied until the band’s new full-length, which is scheduled to drop in 2021.

“The Living Dead At The Manchester Morgue” kicks things off here, with the band doing their mid-tempo Carcass crawl to perfection, the sounds definitely channelling their classic Heartwork material in a big way, new guitarist Tom Draper (Pounder, Angel Witch) pulling his weight alongside the maestro Bill Steer just fine. This six-minute tune is really peak Carcass, the band mixing up melody with harsh grinding in a cohesive manner that few can really pull off with such grace. Next up is “The Long And Winding Bier Road” and it continues to bring back the mainly-Heartwork-but-kinda-Necroticism vibe, which is basically Surgical Steel summed up; it’s followed up by the previously released “Under The Scalpel Blade”, a fantastic, memorable slice of Carcass. “Slaughtered In Soho” closes things off with another great mid-to-slow melodic death march, everything that the gore-obsessed followers of mid-to-later-era Carcass could hope for done excellently on this EP. Carcass are a great EP band (hello, Tools Of The Trade), and Despicable hammers that point home.