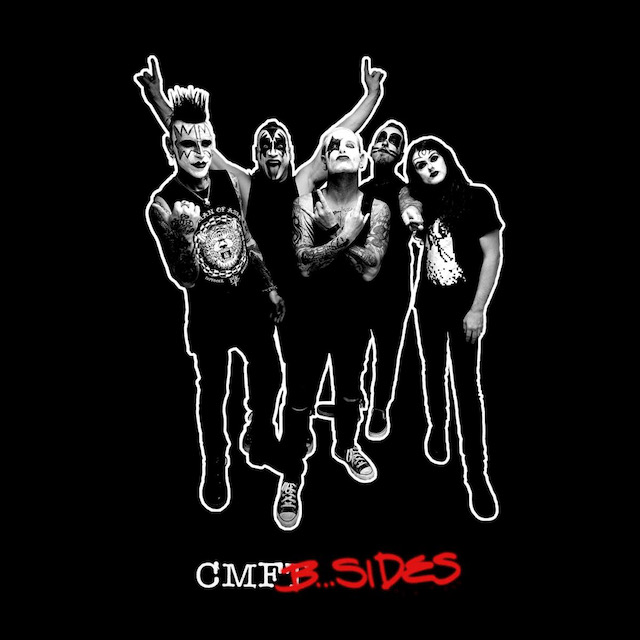 Kicking it off is a revved-up take on “Holier Than Thou”, which originally appeared on The Metallica Blacklist in 2021, and is made extra cool with the inclusion of a little “Whiplash” at the end. A melodic variant on Dead Boys’ punk gem from 1977, “All This And More”, quickly lets the listener know that CMFB…Sides follows its own unique road map, full of twists and turns. Taylor then picks up the acoustic guitar for a stripped-down adaptation of “Kansas” from his solo debut, CMFT. Eddie Money’s 1982 hit “Shakin’” gets a modern-day makeover, thereby introducing it to a whole new generation. Next, we have an absolutely gorgeous live piano medley of “Home” / “Zzyxz Rd”, taken from the brilliant Forum Or Against ‘Em livestream in 2020.

Back to the early ‘80s with a bare-bones transformation of “Lunatic Fringe” by Canadian rock band Red Rider. As if the cover art didn’t give it away, you knew there’d be a KISS cover on CMFB…Sides. With a plethora of great music to pull from, Taylor decided upon “Got To Choose” - the opening track to 1974’s Hotter Than Hell. And Corey’s achieved the perfect balance of staying faithful to the original, while injecting his own flair; I’m sure Paul Stanley would approve! One more kick at the CMFT can follows courtesy of an unplugged “Halfway Down”. And it comes to a close with a damn near perfect remake of “On The Dark Side” by John Cafferty & The Beaver Brown Band, which surprisingly turns into a brief mash-up with “R.O.C.K. In The U.S.A.” by John Mellencamp, and “Cherry, Cherry” by Neil Diamond.

CMFB…Sides works uncommonly well in just about any situation – it rocks hard, it has tender moments, it’s fresh yet simultaneously nostalgic, and full of passion! Whether sitting around a campfire, driving down the highway, or simply doing daily chores, Corey Taylor and his solo band unequivocally elevate your mood. And that is appreciated more than they will ever know!