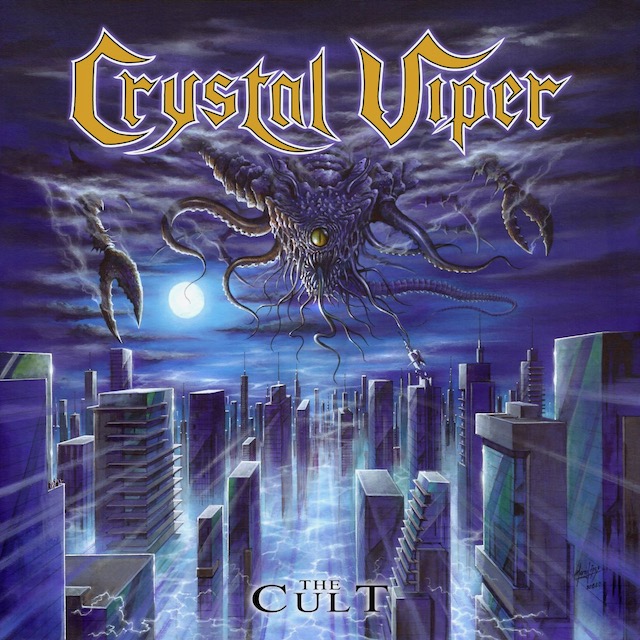 Rapidly approaching a 15 year recording career, the female-fronted Polish metallers now grace fans with an eighth studio effort. One-(wo)man wrecking crew, Marta Gabriel isn't just the singer, but lead guitarist. After a short instrumental intro ("Providence"), the first proper tune, the gritty, galloping title track (for which a pre-release lyric video was online, a couple of months back), demonstrates the smoother, more commercial approach undertaken on their last album, Tales Of Fire And Ice, is (thankfully) nowhere to be seen/heard. While it's not all speed metal and shrieks (although she still punctuates the odd high with a caterwaul emphasis) Gabriel and Co. are, first and foremost, a traditional-minded outfit and as such, don't need to/shouldn't sand down their rough edges. Need further proof of their pedigree? Take a gander at the choice of bonus cover versions. The CD offers a take of King Diamond's "Welcome Home" (with a guest appearance by the King's guitar player, Andy La Rocque) and those opting for vinyl get Satan's double-bass drum driven classic, "Trial By Fire". Certainly neither is the province of fluffy lightweights!

Over the course of the nine proper tunes that comprise The Cult, the material becomes heavier and faster as the running order progresses, saving "the best" for the latter half. Swampy groove of "Whispers From Beyond" has a mid-tempo Dio quality to it, while a swift "Down In The Crypt" will get the fist thrusters in the front rows punching the air (once we're allowed back into clubs). The plodding stomp of "Sleeping Giants" has Marta unleash a couple of her shrill, patented trilling shrieks. "Forgotten Lands" is a straight ahead, meat and potatoes Teutonic rocker, regardless of the nationality of its Kreators.

There's always a wink of the eye accompanying the snarl in this diminutive (4-foot something, barely taller than her axe) dynamo's voice. None more so than fleet-fingered "Asenath Waite", which gives the false (initial) impression it's going to be a restrained, jangly ballad. Another head shaking, fists aloft, future sing-along comes in the form of "The Calling". Verging on speed metal, "Flaring Madness" comes closest to the Poles untamed early output, with the ping of hammer-on-steel and "oh-oh" chorus. Ending the wild ride, "Lost In The Dark" concludes the proper disc with another burst of energy, particularly flying from Gabriel's dexterous digits. Good thing there's at least one additional (bonus) cut, regardless of format.