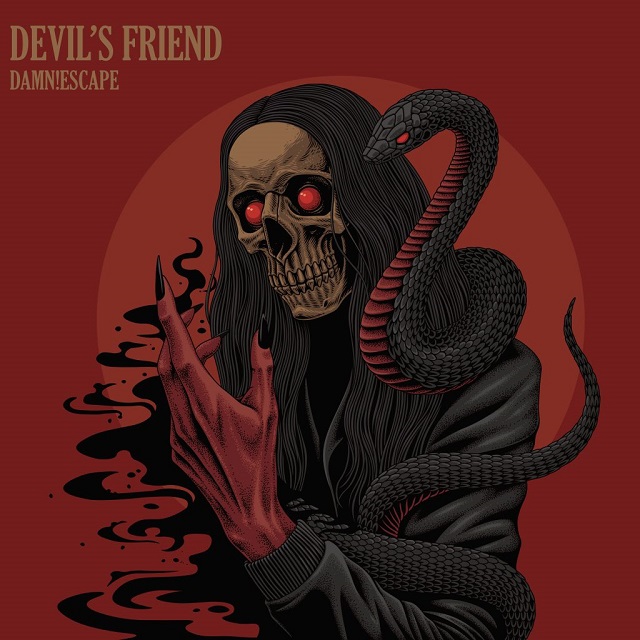 Debut from this German band with a name that is more often than not connects to emo and screamo music conflicts with the album art presentation and color pallet of a robed skeleton and snake. Also, album title is larger than the band logo?  First track "Flagship" clears things up as to the music, straight ahead hard rock with a modern sound. "Brothers" has a catchy driving rhythm, gang vocals on the chorus, solo with a melodic mellow part after that focuses on the chorus. Acoustic guitar and cleaner vocal for the title track at the start then it rocks out. Singer reminds me of Chris Jericho and actually the music at times of Fozzy.

Tempo kicks it up during "Bang Bang", cowbell on "Winner" with that LA sunset strip vibe, "Runaways" follows with a laid back acoustic Tom Petty vibe and harmonies. Guitar piano combo has a darker tone for "If I Had A Gun", grinding riff, song has a different feel than the rest. "Watch Me Rise" follows in the same heavier riff and tougher chorus. Last two songs keeps up the energy and ends the album with attitude.

These guys get it how to write catchy contemporary hard rock with an ‘80s spirit, metal edge guitar riffs at times. Just get some cohesion between the name, artwork design and layout, and music.