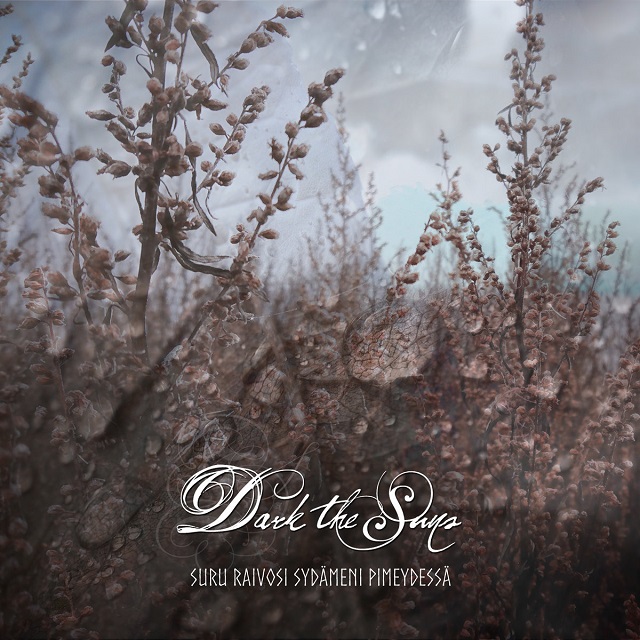 My frequent trips to Helsinki introduced me to several labels and bands that couldn't afford widespread North American distribution, prior to file sharing. Case in point, Firebox and one of their premier exports, Dark The Suns. The band (basically the brain trust of Mikko Ojala) have been inactive since 2013, returning last year with four singles (all of which appear here, amongst the ten "new" tracks comprising the native language mouthful, which translates to: Grief Raged My Heart In The Darkness). Still consider their In Darkness Comes Beauty debut a masterwork of melancholia (seek it out!). The world may have witnessed a cyclical awakening of locusts since the Suns last shone, but the Finns' mood (generally) remains somber, accented by piano/keys.

However, it does appear as if Mr. Ojala has found a new lease on life (perhaps, dare I say, even a bit of happiness?), for while the likes of "Hope In Our Hands" retains the classic/depressive Dark The Suns sound, there's a liveliness and forcefulness (verging on a death metal vocal) devoid the earlier works, as well as some danceable/techno electronica running through a few inclusions (see: "Everywhere" or "Seeker"). Opener, "Spirit In The Dark" feels like a chaotic, Fellini circus score, built around pizzicato violin notes. The title track is likewise off kilter, Hitchcock's Psycho shower scene meets thumping bass beats. Whispers introduce "Storm Of Fire", another flashback to yesteryear. Begun on piano, belabored closer "Enkelsiipi" (one of three sung in their native tongue) offers a remote (barely audible) undercurrent of operatic female aria, riding beneath Ojala's gruff intonations.

Welcome back and hope to reconnect.