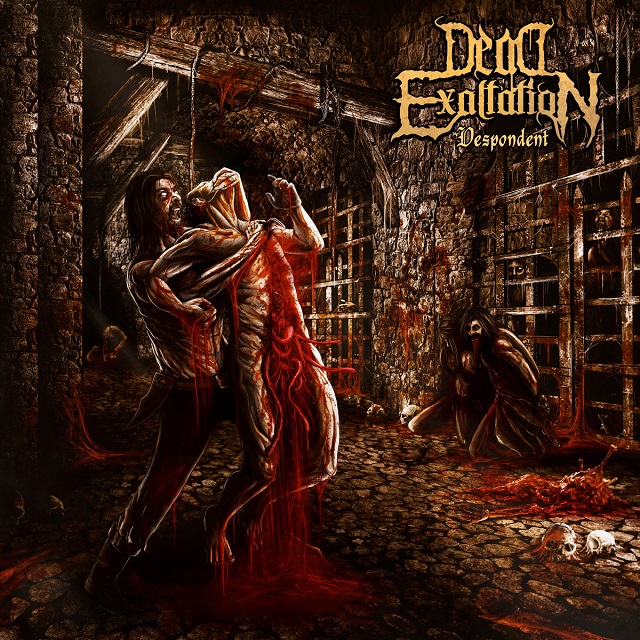 India's Dead Exaltation start strong here, the tech-death band kicking off this album with the very cool intro (not words I say often) “Gloom” and the intense first song proper “Involuntary Emasculation”, which even features a tasteful guitar solo before the battery gets blasting again. “The Psychology” brings me back to the glory days of mind-bending technical death, with Cryptopsy definitely being no small influence here. But the song takes a surprising yet nuanced turn to a sort of acoustic-Cynic place that is really quite thoughtful and a welcome diversion at its midpoint (what sounds like fretless bass also brings to mind those prog kings).

Really, every song here is well done, finely crafted, and certainly not just tech for the sake of tech. There are hues, and there are emotions, both usually woefully missing from this genre. Sadly, guitarist Mradul Singhal passed away during the making of this album, leaving Despondent to serve as a lasting document of his killer playing. Singhal would be proud, as this is a very impressive debut, one that sets up this band to move on to pretty great places.